By Vanessa on September 19, 2014 in Food, Gardening, Register-Guard

Written for the Register-Guard’s September 2014 edition of their monthly Home and Garden publication.

Some plant biologists spend their entire careers breeding and crossbreeding plants to perpetuate desirable genes for flowers, fruits and vegetables.

But you don’t have to be a scientist to have delicious vegetables: Grow heirloom plants and save the seeds.

“Heirlooms have been around for decades, and in most cases we don’t remember who bred them originally,” explains local gardening author Carol Deppe. “They have been preserved and passed along because in most cases they grow well, they’re especially delicious and they’re usually well-adapted to one region of the country where they are beloved.” The definition of heirloom plants is slightly vague. Many people think of heirlooms as being varieties that are older than 50 years.

In many cases, university scientists bred heirloom varieties for research, but it happened so long ago that no one remembers.

“Heirloom varieties must be pretty valuable or we wouldn’t have people saving their seeds through all the generations of humans on earth,” exclaims Alice Doyle, co-owner of the Log House Plants wholesale nursery near Cottage Grove.

“They’re precious because they’re stable varieties that people have saved because they like them, they’re tasty and they perform well.”

Heirloom tomatoes were chosen and preserved in part because they grow and produce well.

“But mostly because the flavor is absolutely spectacular,” says Deppe, author of the acclaimed “The Resilient Gardener.”

“On the other hand, they usually don’t transport well. The skins are relatively tender and they are soft, so they drive a commercial producer crazy.”

Breeders also often include genes that slow ripening, which affects tomato flavor. “Heirloom tomatoes have off-color shoulders, which are an inherent part of having good flavor,” says Deppe, referring to the rounded top of the tomato near the stem.

Plants designated as F1 hybrids are the first generation of a cross between two different varieties. “The characteristics that you get in that first generation have a lot to do with what genes are dominant,” Deppe explains. “The advantage of hybrids is that they are sometimes more vigorous or hardy. The disadvantage is it doesn’t breed true.”

“Breed true” means that when you sow the seeds from a hybrid, you don’t know what you’ll end up with. If it’s a tomato, you’ll surely end up with a tomato, but you won’t know which genes will express — that is, which characteristics you’ll get. If you’ve got a disease-resistant hybrid and you save the seed, some of the offspring will be disease-resistant and some won’t be.

“Big agriculture really likes hybrids because the seeds can’t be saved, so the farmers have to keep coming back to buy seeds,” Deppe says.

Agribusiness companies also often keep the parent plants of veggies a secret, so even if you wanted to try to replicate a certain seed type, you wouldn’t know which stock to start with.

“Even if we buy our seeds,” Deppe says, “we gardeners like having the option of saving our seeds if we want to.”

To save seeds, choose heirloom or open-pollinated varieties. However, if you grow more than one variety of an open-pollinated plant, they will cross-pollinate and the seeds won’t breed true.

If you save the seeds of an heirloom, or only one crop of an open-pollinated plant, all of the offspring will resemble the parent that you started with.

Deppe earned a biology degree from Harvard, but she came of age when it was difficult for women to be hired as university faculty, and uncomfortable for them if they were hired. She got a job, but rather than research genetics, Deppe turned to agriculture, partly for original research with nothing more than a garden plot.

Deppe now is working to develop new plants with certain characteristics specifically for organic growing conditions. She calls certain greens she has developed the “Eat-All Greens,” because the entire top of the plant, including the main stem, is succulent, so gardeners can simply harvest and eat the whole plant, rather than picking individual leaves and removing the stems.

Deppe distributes her seeds under the name Fertile Valley Seeds, and writes books about gardening that are published by Chelsea Green. Subscribers to Deppe’s Fertile Valley seed list can access not only Deppe’s own seeds, but others she has collected.

“I do this on my own,” she says. “Instead of writing it into academic journals where professional gardeners would never read it, I put it into books.”

Alice Doyle’s Log House Plants website has an extensive, freely accessible
seed-saving and plant library. “The thing that’s really magic about saving seeds is as long as you know what you’re doing it’s really worthwhile, because you can continually select to improve the plant,” Doyle says.

Each time gardeners plant a seed, they will experience slightly different growing conditions and temperature, so saving the seeds of your best plants will give you the absolute best plants suited to your specific area.

“Select what you think is an improvement and continue it on,” Doyle says, “because that’s how these varieties get better and better.” 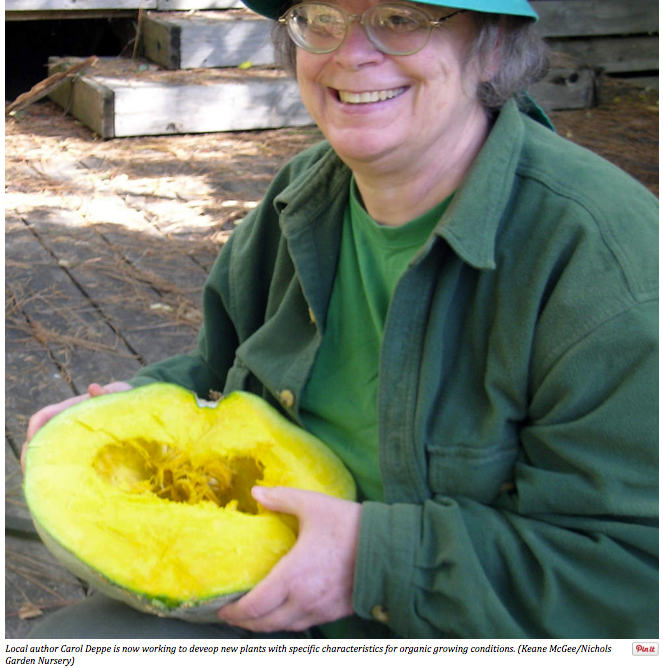 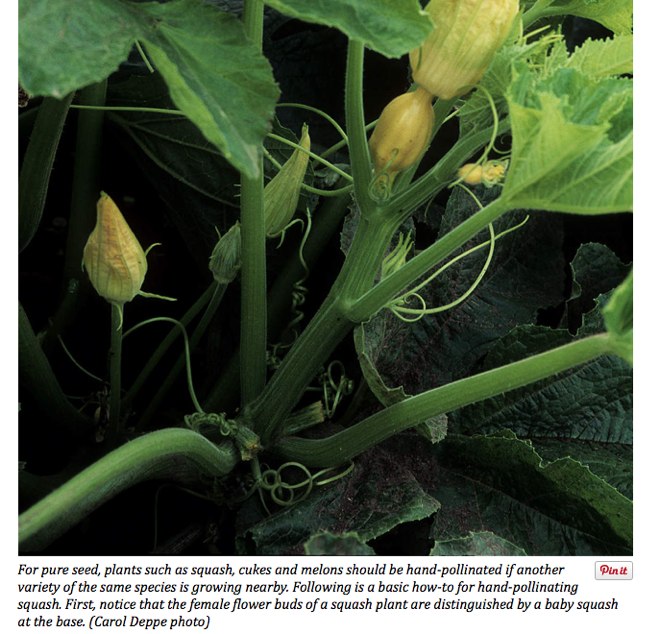 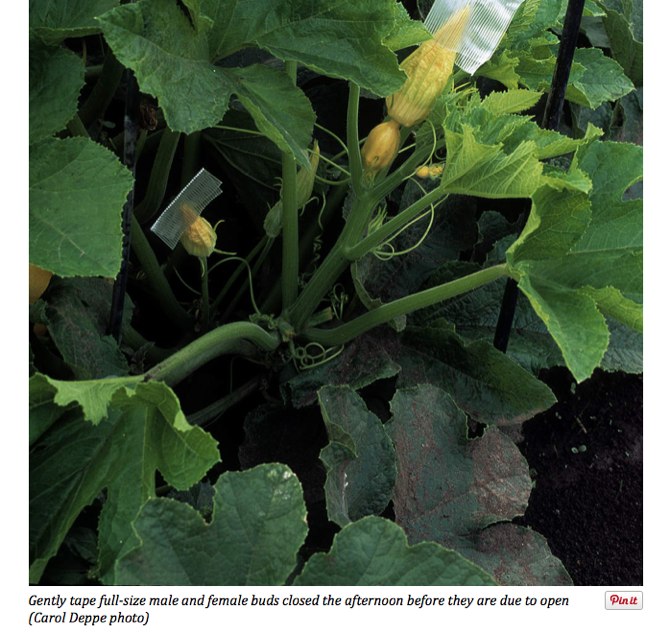 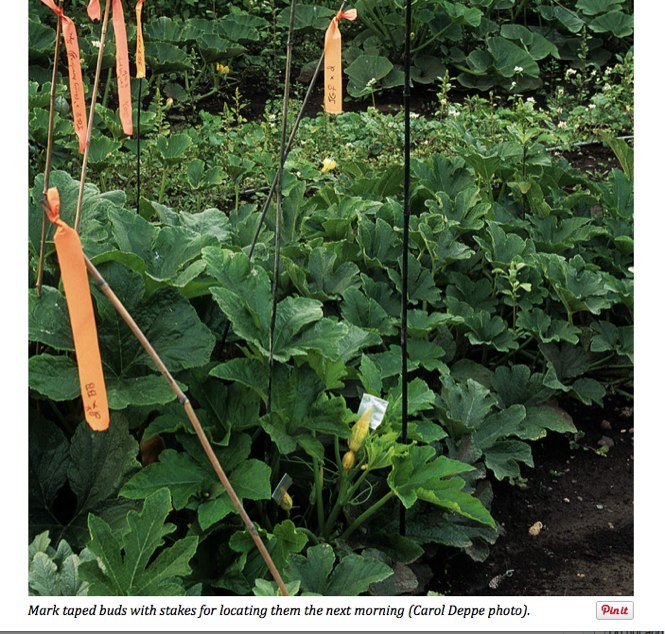 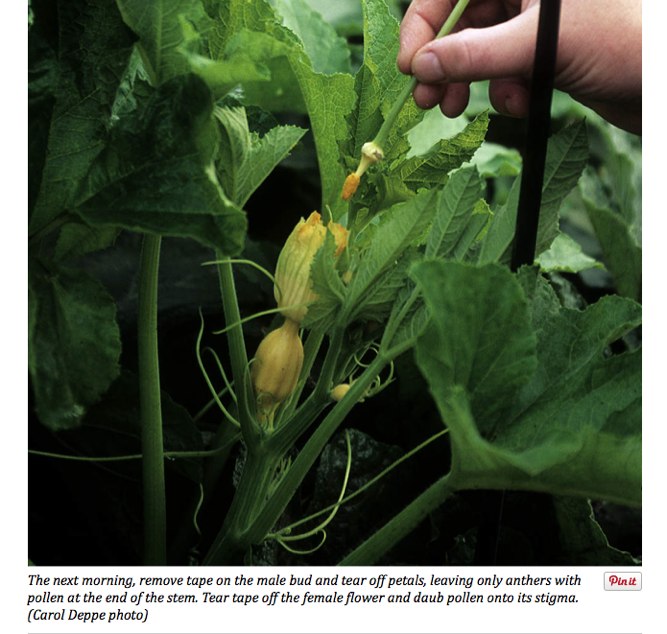 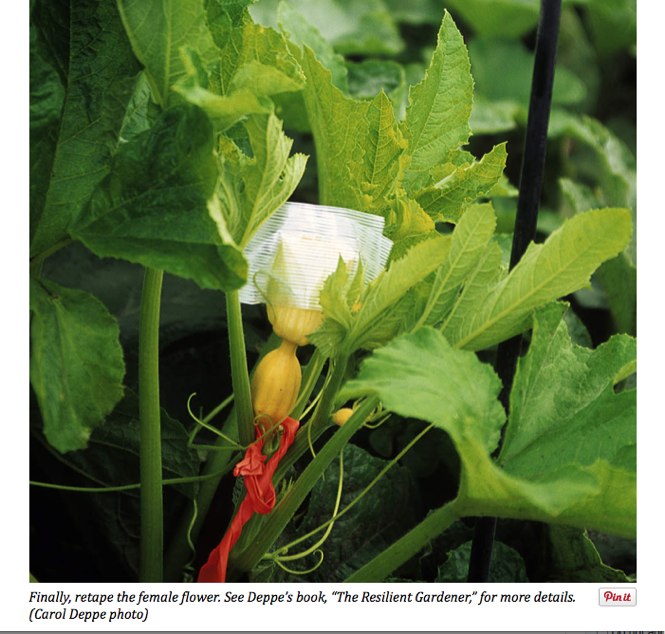