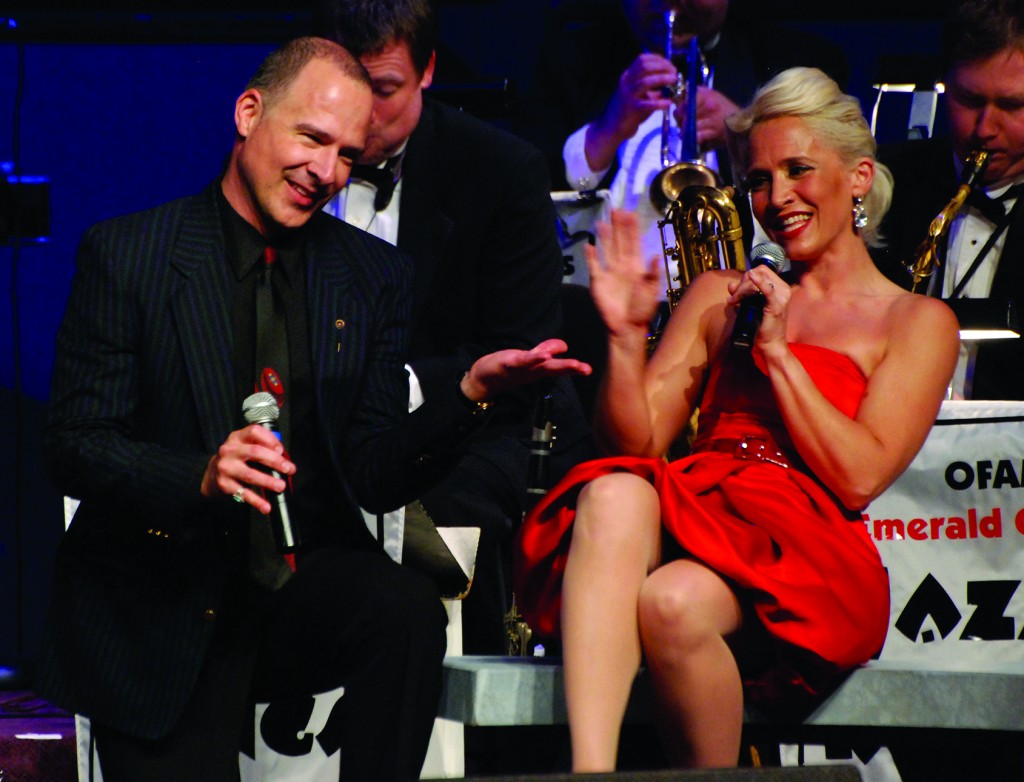 Siri Vik and Michael Stone performing with the Emerald City Jazz
Kings at The Shedd.

The John G. Shedd Institute for the Arts is one of the busiest and most diverse venues in town.

Throughout the year, The Shedd offers a multitude of performances through several concert and theater series.

The Shedd Presents series are self-produced projects created with local artists, such as the March show of Siri Vik performing the songs of Edith Piaf or the Carl Woideck Jazz Heritage Project, performing the cool jazz songs of Anita O’Day in February.

The institute’s Now Hear This series offers 35 to 40 concerts each season representing genres as diverse as folk singer Loudon Wainwright III in October and Mexican Mariachi music in December.

Now in its 12th year, the Magical Moombah continues to bring vaudeville to life in affordable performances for children. The new season for the Moombah runs from October through May, with performances at the Jaqua Concert Hall four Fridays and Saturdays each season.

Tickets for the Magical Moombah are $5, which includes access to a special edition of The Shedd music school’s popular Music Box at 11:15 a.m. the same day as the performances.

The Shedd Theatricals season continues in December with at performance of Rodgers and Hart’s 1937 musical “Babes in Arms.”

As with most Shedd productions, youth in high school and younger get in for half price. Children in that age group are especially likely to appreciate the plot of “Babes in Arms.”

A group of teenagers are left without adult supervision when their folks hit the vaudeville summer circuit, and the local sheriff is determined to send the loafers to a work farm. But the kids talk the sheriff into a two-week reprieve, just enough time to produce their own show and prove their mettle.

With such quintessential favorites as “My Funny Valentine and “The Lady Is a Tramp,” audiences of all ages should enjoy the show.

Although the Shedd often hosts concerts by today’s well-known artists, The Shedd Institute has been dedicated to championing the Great American Songbook, both through its 21-year-old Oregon Festival of American Music and its 18-year-old Emerald City Jazz Kings.

The 2014-15 season for the Emerald City Jazz Kings season includes:

“Come Fly With Me,” an Oct. 9-12 tribute to Count Basie’s mid-1960s stint at The Sands in Las Vegas, both before and with Frank Sinatra.

“Why Don’t You Do Right?” a celebration of classic female vocalists such as Peggy Lee and Julie London, May 7-10.