By Vanessa on March 25, 2016 in Register-Guard, Retirement, Seniors

This article was one of three that I wrote for the April 2016 Register-Guard’s Destination: Retirement, a special annual publication with resources for retirees or those set to retire.

In the eight years that Jan Lehman has owned her own organizing business, Can the Clutter, she has seen plenty of family disputes over personal belongings. Organizers like herself often get brought in to help older folks downsize their belongings and help determine who gets what upon a person’s death.

Lehman says the first step to avoid difficult situations over relatives not getting what they want or feel they have been promised is an open, honest conversation. “A lot of times they leave it up to the family to figure out afterwards and it’s really important to talk about it,” she says. “It’s really important for that conversation to start before that person passes.”

When it comes to distributing personal items, Lehman recommends that children pick a number and each select one item in that order. “It doesn’t matter the monetary value of what they pick, they just got the lucky draw, and that eliminates favoritism,” she says. “But you want to make sure everything is displayed so they’re aware of all the options, because you might have that one family member who knows where the hidden stuff is.”

If everyone isn’t in the same place to make the decisions, take advantage of technology. “It’s so easy with technology these days,” Lehman says. “You can do a video, you can take a picture.” 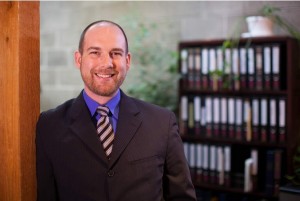 Most estate-related surprises after a death are because of promises made, estate lawyer Kirk Strohman says. Photo by Kelly Lyon/The Register-Guard

Eugene estate attorney Kirk Strohman strives to ensure that no one is surprised by what happens after death.

“We don’t ever want anybody to be surprised later, and a lot of times that happens from promises being made,” he says. “Dad tells son that he’s going to get this watch and then five years later Dad gives the watch to grandson and then son can’t find the watch and he’s really upset. What we find is that monetary value of personal property rarely matters. It’s the sentimental value that really brings up the emotions, so we don’t want anybody to be surprised.

The solution to that is putting your wishes in writing and specifically laying out what gifts you want to go to particular people, Strohman says. “You need to have some kind of an estate plan, whether it’s a will or a living trust that provides written instructions for your things when you pass away. A lot of times what we can do is give the clients a form that they can change on their own when it comes to gifts of specific personal property so they don’t have to come in to an attorney and pay to have their will redone if they want to change who gets the armoire.”

Legally that’s called a memorandum of personal property. Just writing your wishes down on paper is a good first step, but that is not considered a legal document. “At the very least write down what you want to happen so somebody knows what your wishes were,” he says, “and if we want to make it legally protected we want to make sure that writing is properly incorporated into a will or a living trust.”

Some people try to organize their wills on their own, and that can work, but mistakes also can easily be made. Strohman notes that he recently worked with a will where the person had crossed out a section, which can, in some circumstances, invalidate the whole thing. Another person had created their own will but hadn’t signed the pages appropriately, so again, he says, the whole thing can be invalidated.

Senate Bill 379 recently passed, which Strohman says makes Oregon law a little more forgiving of mistakes like these. “But it’s still no substitute for a properly done will,” he says.

Strohman has been practicing in Eugene for more than five years, and he says heirloom issues are the most divisive. “Distrust can develop early on because when somebody dies everybody goes to the house and starts splitting things up,” he says. “Appointing one of our kids to be in charge of that process may not be a good solution depending on the family situation, and this is especially important in situations when we have children from prior marriages. You never want to leave anything to hope and wishes. We want to be clear and leave no ambiguity for the people that are going to put the pieces together.”