By Vanessa on March 25, 2016 in Finances, Register-Guard, Retirement, Seniors

This article was one of three that I wrote for the April 2016 Register-Guard’s Destination: Retirement, a special annual publication with resources for retirees or those set to retire.

Financial advisers share their precautions and assurances regarding the recent volatility of the U.S. stock market 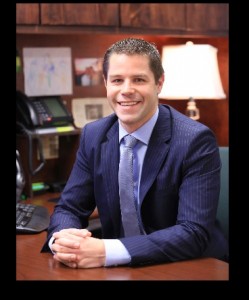 And yet, according to Eugene financial planner Kevin Kinports with Edward Jones, the average stock market correction over the past 25 years is about 14 percent. “As far as percentages go, it’s right in line and completely normal,” Kinports says.

The market’s behavior is not necessarily predictable, but it is trackable, and historically, Kinports says, numbers show that the market drops about 10 percent once per year and three to four times per year we see a 5 percent dip. Every three to four years we see a “bear market,” or a 20 percent decline.

“The market is cyclical. We expect a 10 percent correction in the market. We hadn’t had one since 2011 and we did have one in 2015, so for four years we were waiting for this correction,” Kinports explains.

Part of the reason for the volatility comes from shake-ups in emerging markets, in particular, China.

Also, says Jason Nelson-Elting, associate adviser at Journey Tree Financial Planning and Investments in Eugene, the stock market has been performing well since 2009, but it’s probably a bit over-valued, in part because the Federal Reserve has kept interest rates low.

“People have had to take a little more risk than they normally would because
there’s nowhere else to go to get returns,” Nelson-Elting says. “CDs don’t pay, bonds don’t pay, so the people who need to get returns have had to go into the stock market and that’s pushed the volume up and made it artificially high, so a lot of things are starting to correct that.”

Have a solid plan and stick to it

For investors, the volatility seems unexpected, but for financial planners, it’s not only expected, it’s built into the plans they offer their clients. Nelson-Elting says he does find that clients get jittery, but he advises them to stick with their plan.

“A good wealth manager is going to be tracking these things, so the current state of the market didn’t just came out of the blue,” he says. “The value of having a financial plan in place is that built into that financial plan is the knowledge that the market will have ups and downs. So if you have a plan in place, the reassurance is, stick to the plan, because if it’s a good plan this is already built in.”

Kinports has six clients who are retiring this year, and he advises them all to check in with the basics.

“The things I’m recommending to my clients is, review their goals. Have their goals changed? Has their tolerance for risk changed? Is this drop getting them to a point where they’re really concerned?”

Kinports says the No. 1 thought when the market declines right when someone is set to retire is whether or not it’s still a good time to do so. If the budget versus income isn’t adding up, there’s always the question of whether the client needs to continue working.

“That’s when we can go over the budget and what the investments generate,” Kinports says. “And if we can solve that, then the answer is likely not to change.”

Nelson-Elting says each situation is different, but in general, no one should panic and pull out of the market when there’s a correction. Also, avoid buying stocks high and selling low.

In other words, be patient, and in Nelson-Elting’s words, avoid being emotional about investing.

Wills, Trusts and Big Decisions
Where Do the Heirlooms Go?