By Vanessa on December 15, 2014 in Business, Health and Wellness, Register-Guard

The Register-Guard publishes a special business section twice annually that focuses on businesses in the Coburg Road and Oakway Center area of Eugene. For the December 2014 issue I contributed three articles, this one about personal trainer center Ultimate Fitness, one about a new restaurant called The Kozy and one about Mirage Hair Systems, a salon that offers hair replacement therapy.

Ultimate Fitness offers injury recovery or a path to fitness 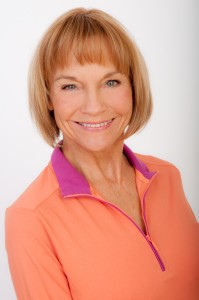 Ultimate Fitness, tucked away in a plaza on Coburg Road, might sound like the name of a gym, but it’s not. There’s no membership fees, no loud rock music or competitive posturing. Ultimate Fitness owner Kathy Stewart-Bronson works one-on-one with people by appointment only, and offers massage along with personalized workouts to help people recover from injury or reach the weight and level of fitness they want to be at.

Stewart-Bronson grew up in Eugene in a fitness-oriented family. “We drank carrot juice every day,” Stewart-Bronson says. “My dad was a juicer back in the ’60s, way before hippies.”

Rather than rebel against that fitness focus, she embraced it and raised her three children the same way. “Every night after dinner we would walk,” she says. “We were known as the family that would walk two hours to get a movie to go home and be couch potatoes.”

Stewart-Bronson, a trim, lively 59, investigated different fitness oriented careers when her kids were young. In 1990 she discovered INNERgystics, an efficient workout combining strength training, cardio and compound exercises to work the whole body.

She taught INNERgystics from 1991 to 2000, and in the mid-’90s began training a woman who has multiple sclerosis. “I’ve been working with her twice a week ever since,” she says. “She’s just doing phenomenally well. I’ve got a passion for being able to help people on a one-to-one basis.”

Ultimate Fitness has been open 13 years at its present Coburg Road location, not far from where Stewart-Bronson grew up. “This is my stomping grounds from back in the day when Coburg Road was cow pastures and peach orchards,” she says.

Inside Ultimate Fitness is a massage room and a small workout room with partitions for privacy. A fellow trainer, Jennifer Beeler, shares the space. They have some equipment, such as treadmills and a TRX machine, but mostly Stewart-Bronson’s exercises use basics such as free weights, balance balls and a ballet barre. She prefers exercises that her clients can do on their own at home, without equipment.

People of all ages and with many needs have worked with Stewart-Bronson. One client is a 14-year-old girl who struggles with body image issues. “I’ve trained people as old as 90-something,” Stewart-Bronson says. “I teach people how to listen to their body and get them to know when they’re body is in the right spot to do whatever they want to do, whether it’s lifting a weight or lifting a child, because everybody should be able to move and have no pain.”

Stewart-Bronson says some people hire her because they experience social anxiety or don’t enjoy working out at gyms. She also considers herself “a bridge” between people who have been injured and completed a course of physical therapy but don’t yet feel they’re back to normal. “I get them to the point where they can return to a pre-surgery or pre-whatever level of activity and quality of life,” she says. “Sometimes surgery is necessary but there’s no reason why they can’t get back to their original quality of life afterwards.”

Clients buy packages with Beeler or Stewart-Bronson for either a half hour or an hour, and the trainers are with them the entire time. “We know that person’s weaknesses and strengths and what specifically that person needs to do to accomplish the goals that they have set out,” she says.

Stewart-Bronson has run several marathons and previously trained marathon runners. She is now involved with a new program in Eugene called Girls on the Run, which helps girls in 3rd through 8th grades improve their self-confidence through running and life skills. “Community involvement is really important to me,” she says. “And I really like to work directly with people.”