By Vanessa on April 23, 2017 in Boomer and Senior News, Seniors, Travel

This appeared in the July 2016 issue of Northwest Boomer and Senior News, a publication geared toward people 50 and up. The publication publishes five different editions. This was for the Lane County edition. I learned some good tips from people who have made traveling the world part of their life.

Advice on how to get the best deals and what to pack from experienced travelers. 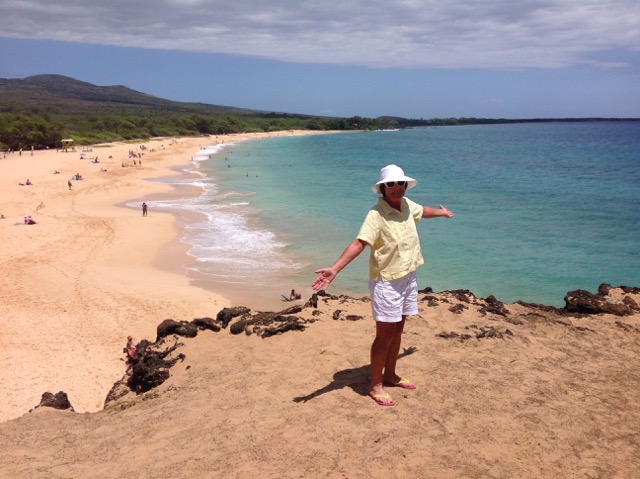 Traveling is usually low on the priority list for people in mid-life who are busy with families and careers. Once retirement age comes along, though, time and the world opens up for travel opportunities. Whether your trip involves a weekend on the coast or plane trip around the world, it’s smart to not only be prepared but get the best deal. We spoke to three experienced travelers and got their tips on how to travel affordably and what items they never leave home without.

Shirley Gauthier, 65, began traveling in earnest once she retired three years ago. When she was raising her family, there was minimal budget for traveling. “Our vacation was a trip to the coast for the day, not even overnight,” she says. “I never dreamed I would travel this much.”

She makes it happen by bartering for house sitting and rides to the airport, and searching online for the absolute best deals. An airport cab ride can be $30, and parking fees of $14 per day add up. She avoids those by asking her friends for rides and helping them out in return. She trades house sitting with friends, which gives the extra assurance of someone at home looking out for things while you’re gone.

Eugene’s bus service, Lane Transit, finally implemented a stop near the airport, which allows people to take the bus and get picked up by a shuttle from the last stop. This works if you’re not traveling with too much luggage, and the fare for a single ride is free for those 65 and over. Gauthier, though, prefers to take the first flight out in the morning, so this service doesn’t work for her. Early morning flights do have other advantages. “It’s usually less expensive and I like to know that if something happens and that flight is late I can always be pushed forward,” she says. “The airport is less crowded and the lines are shorter.”

Gauthier lives minimally and puts most of her extra money toward her travel budget. To stretch it as much as possible, she scours online sites such as Priceline.com for the best deals. “There are tricks to it and it’s rather intimidating the first time you do it, but once you get into it it’s incredible.”

Priceline’s methods let you pick the price you want to pay and “bid” on hotel rooms for that price. The service doesn’t tell you what hotel you’re bidding on but it will tell you how many stars it has, the location and amenities.

“The only surprises I have ever gotten is when I open up that hotel door and it’s way better than I expected,” she says. “I have never been disappointed and I have used Priceline extensively. My safe bet is to bid only on 3 stars or up and I’ve never paid more than $75 for 3 or 4 stars.”

Reviews are an important part of the travel experience for Gauthier. Reviews can cover restaurants, museums, hotels, parks or any attraction. For the most accurate reviews, look for “verified guest” reviews—those written by people who have actually stayed at or visited the place. You can also search by review type, says Gauthier, such as “solo traveler.” “If I’m traveling by myself I look for reviews by solo travelers,” she says. “If I’m traveling with my grandkids or someone else with kids I go to reviews from people who have traveled with families because they’re going to tell me how far the front desk is from the parking lot or if the hotel was kid friendly.

If I’m going as a couple then I want to know if they have a happy hour in the lounge at night or is the neighborhood safe, things like that.”

Gauthier searches online for airfare using sites such as Cheapair.com or Expedia.com and finds their lowest prices. She starts searching about six weeks from her travel date, and checks prices daily. She then calls the airline and asks them to match the lowest price, which they often agree to because then they don’t have to pay the discount site’s fees. It does take some time to do this, she admits.

Gauthier is planning a trip to the Philippines this year, the biggest trip she’s undertaken. “It’s a whole new travel adventure and I’m reading a whole lot more reviews,” she says. In order to pack light, she’s taking clothes she doesn’t plan on bringing home. Gauthier purchase nice but inexpensive clothing items from thrift stores and when they’re dirty, she’ll leave them and make room in her bags for anything she plans on bringing home.

What should you bring?

She never travels with a laptop computer anymore, but does bring an iPad because those will go through security with no hassle. When flying with one other person, always choose an aisle seat and a window seat and leave the middle seat empty. “Those are the tickets that are sold last and there’s a good chance that you might have that empty seat between the two of you,” she says. “And if that seat sells and somebody is there they’ll trade with you so you can sit with your travel partner.”

Sylvia Kirkland and her partner Tom Watson are devoted to Airbnb for finding affordable places to stay when they travel. Airbnb is a service that connects homeowners with people who are traveling to that area looking for places to stay. Rather than hotels or actual bed and breakfasts, the rentals are typically small homes or rooms in a home where other people may be living. The couple has used the service eight times over the past three years with good results. “What I like about Airbnb is you can see a lot of pictures of the property and we have to create a profile for ourselves so the property owners can decide if they want to accept our reservation or not,” Kirkland says.

Watson says the first Airbnb they stayed in had a pass-through bathroom. “We were fine with it but it helped us to know that next time we’d look for a separate bathroom,” he says. “That just made us more comfortable.”

Both agree that a prime benefit of Airbnb is being able to select a rental in the part of town where they want to be. Another benefit is that since both the renters and the tenants have to create profiles, you feel that you’re engaging with a real person and there’s a greater sense of trust. “The person who offers the place has a profile so you can look at their comments and what other people have said,” says Watson. “And there are public reviews that anyone can read and you can also leave a review privately for the person.” Kirkland follows up, “And if I stay at a place I put up a review of that place and then our host gives a review for us.”

Tiffany Haugen and her husband, Don, both grew up in Walterville, near where they now live. After they got married they both took teaching jobs in a tiny Eskimo village in Alaska, with virtually no roads and no stores. “One of our goals was to live a subsistence lifestyle,” she says. “We spent seven years doing that and then we went overseas and continued that feeling of living on the local economy.” 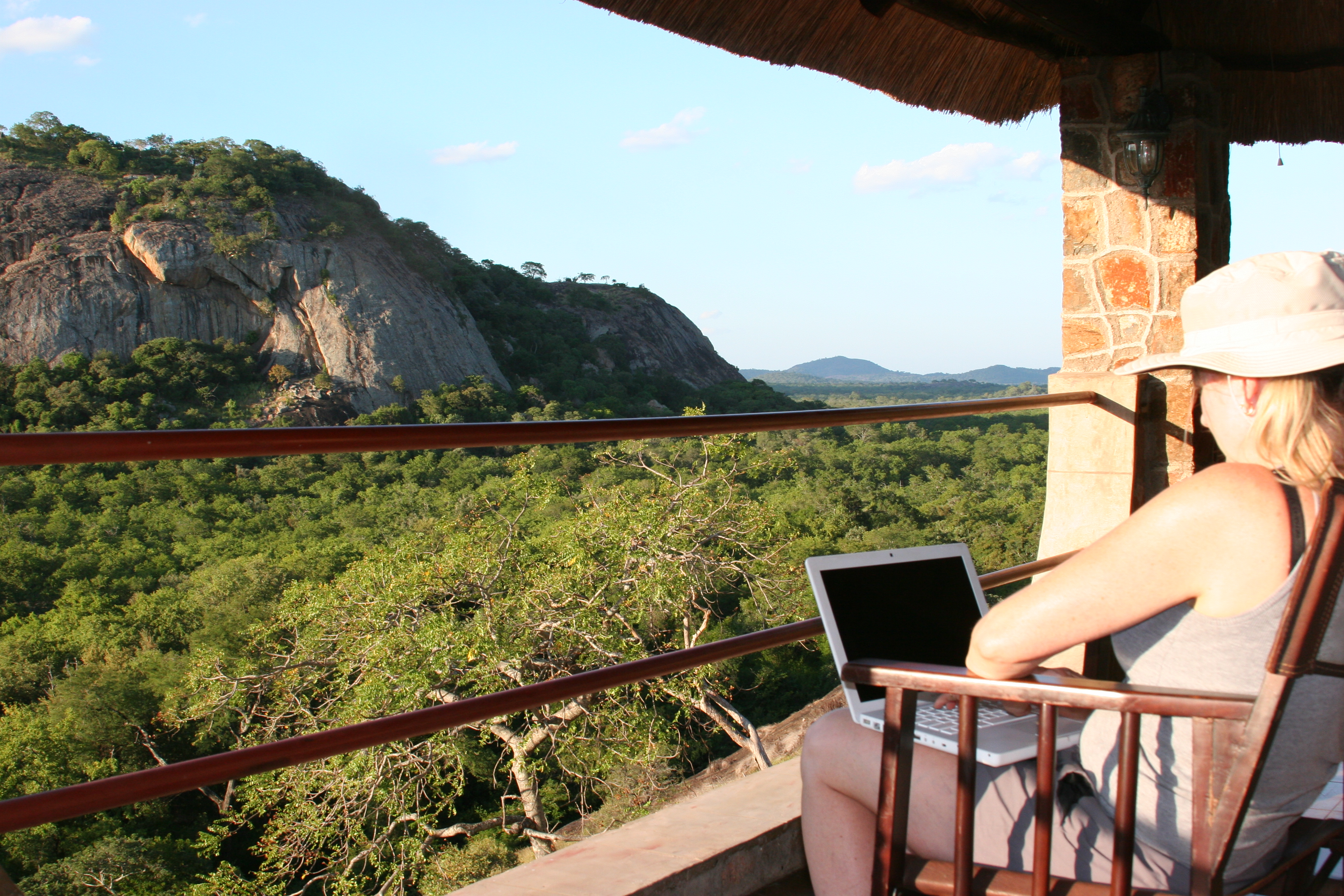 After living in Indonesia and moving back to Walterville, the Haugens began to make a living from teaching and writing about outdoor skills and cooking. Over 11 years Haugen says the family spent summers and vacations going anywhere they could. The most important thing they have learned is that old motto: Be prepared!

Being prepared makes the trip easier and more fun

“Preparation is a big thing for us,” she says. “We like the idea of being spontaneous say, to go on a hike, but you’ve got that backpack or that toiletries kit that are always at the ready no matter what comes up. That’s the worst thing, to not be prepared if you’ve got a headache or you need some allergy medicine.”

Carry along shelf-stable snacks and pack different toiletries kits for plane or car travel. Take your medicine with you. The Haugens also regularly read reviews.
“No matter what city I land in I’m instantly on Trip Adviser or Yelp looking at where we should eat or what this hike is really like,” she says.

Some people might worry that reviews aren’t truthful, but Haugen says if you read enough of them, you’ll be able to tell the details that set apart a realistic review. “If someone’s super critical of a restaurant and there’s another one that’s totally glowing, you might think, hmmm, but don’t let those kind of things prevent you from doing something,” she says.

The Haugens have traveled to India and Southeast Asia and to Africa twice. She says to be aware of travel warnings—never ignore them—but try to ask someone who actually lives there what the situation really is. After all, she says, there are some cities in the United States that travelers might avoid if they only heard what was on the news.

No matter where Haugen is going, she always brings a sarong. “It’s kind of like a sheet but you can use it as a beach towel, a dress, or wrap it around you if you have to change clothes somewhere,” she says, “and people don’t think you’re going to a toga party if you have to wear it somewhere!”

While her children would probably say the most important item to travel with is their phone or iPad, the Haugens rely on Chapstick, eye drops and earplugs. “Comfort is a big deal,” she laughs. “Wear comfortable shoes that you already know how they perform. Somebody wears great boots and don’t put them to the test and they hike five miles and they may get blisters that may ruin their entire trip. Buy that new expensive, nice raincoat but go put it on in the rain and walk around in it before you drag it to London and realize it’s too hot.” And finally, the advice of nearly every experienced traveler everywhere: Don’t over pack.

Lamps Light Up His Life
Veggie Starts to Finish