By Vanessa on January 12, 2016 in Food, Register-Guard, Restaurants

Published in the August 26, 2015, issue of Tastings, the Register-Guard’s special interest publication all about local dining and food. 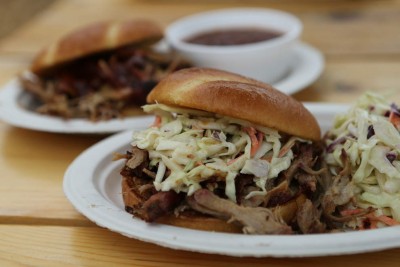 The small town of Oakridge, about 45 miles southeast of Eugene, is known across the country for its proximity to mountain biking and hiking trails in Cascade Range forests.

Now, thanks in part to a longtime chef from California’s Napa Valley, it’s gaining a reputation for artisanal foods as well — namely barbecued, smoked and cured meats.

John Onstenk is the creative force at Smokin’ Oak BBQ and Cedar Creek Meats & Provisions at 47482 Highway 58 in Oakridge.

It’s been quite a change in scenery for Onstenk, who was born and raised in Napa and started his culinary career in the 1980s.

“The food revolution was getting started,” he says. “American cuisine was emerging. I got excellent American regional training, and then just started working my way up through the ranks.”

He worked at fancy country clubs and as consulting chef for the New York-New York Las Vegas Hotel & Casino when it opened. He also served as executive chef at Caesar’s Palace in Lake Tahoe and Las Vegas; the 5,000-room Excalibur Hotel Casino Las Vegas; and the lodge in Yosemite National Park. He’s owned a slew of restaurants and consulted on numerous others, including Native American casinos in Louisiana and Minnesota. 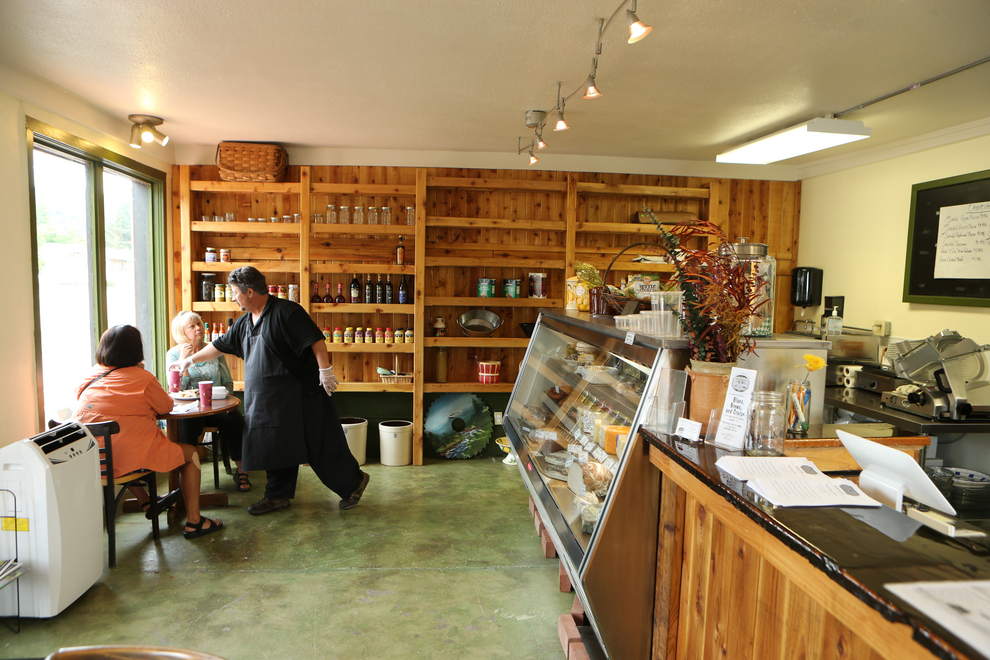 Onstenk came to Eugene in 2003 as the department co-chair and chef at Lane Community College’s culinary program. He returned to Napa after two years, then came back to Eugene to pursue a Ph.D. in Native America studies at the University of Oregon.

“It did pretty well,” says Onstenk, who now happily calls Oakridge home. “I love the mountains, and I think Oakridge is gorgeous,” he says.

He recently met Lynda Kamerrer and Gary Carl, owners of the Oakridge Lodge & Guest House. The couple consulted with Onstenk about the opening of their on-site bistro. “When that was done, we were talking about how we love barbecue,” Onstenk recalls. “The idea started as a lark, and we ended up doing it.” 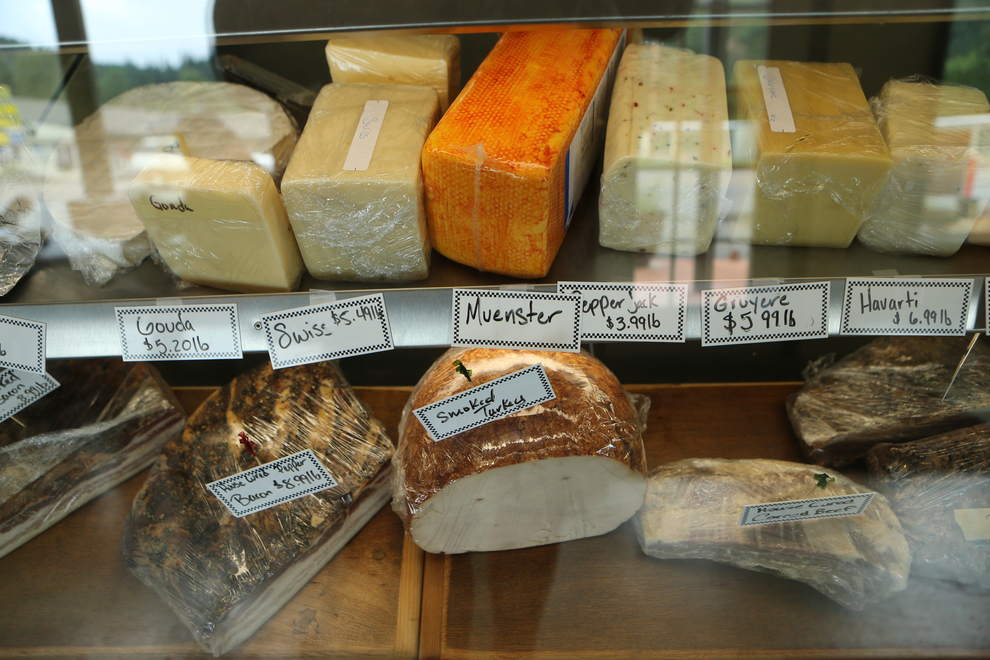 Meats and more for the locavore

In addition to the Smokin’ Oak BBQ shack serving classic pulled pork and smoked chicken sandwiches and all the trimmings, Cedar Creek Meats & Provisions opened in May, offering a deli, smoked and cured meats and an in-house line of artisan-prepared pickles and jellies sold under the Huckleberry Flats name.

The owners also plan to do online sales of their prepared foods, and a growler fill-up station and scratch bakery are on tap for the future.

Rather than buy prepared meats, Onstenk himself will smoke and cure prosciutto, maple- and brown sugar-cured hams, pork loin, bacon, sausages and pastrami.

“It’s all pretty much from scratch,” he says. “We want to offer a very good natural product. Everything is going to be seasonal. It’s as ‘locavore’ as possible.”

Grab and go or sit and stay

The restaurant and deli is situated on Highway 58 just as drivers enter Oakridge from Eugene. It’s an easy-to-find location that Onstenk believes will help it serve both locals and the many people passing through for recreation.

“There’s a lot of traffic coming out of Eugene going up to the mountains and lakes,” the chef says. “If you and your family decide to come up for the weekend — you’re going camping — you stop here and get a package with bacon, hamburgers and hotdogs and sausages or picnic baskets or meal boxes with sandwiches and salads. For RV-ers, it’s the kind of foods that they can put in their fridge and easily prepare. Fishermen or hunters can come in and get food, and they can also bring their fish here and we’ll smoke it for them.”

Diners can order take-out or sit in the picnic area just outside the barbecue shack and deli. A service window in the deli also will allow people to order food and a glass of beer or wine and eat or take it with them. “We want it to be a very pleasant experience,” Onstenk says.

Onstenk plans to use regional ingredients, such as hazelnuts for use in hazelnut butter and hazelnut-crusted trout, and he has found licensed foragers to supply the deli with local mushrooms. He plans to prepare about a dozen different sausages, such as bratwurst, kielbasa and chorizo, but also some more exotic options like mango jalapeño, sundried tomato and gouda, and a Southwestern-flavored vegan alternative. The Colonial-style smokehouse will provide whole smoked turkey, apple cider-smoked pork chops and smoked salmon.

“I’m shopping different kinds of salts to help with the curing process to use as little chemicals as possible,” Onstenk says. “We’re going to be as heritage as possible.”

Coming back for more

The barbecue shack opened on April 15 with brisk sales.

“The first week we were running out of product every day because we were doing quite a bit more business than we were expecting,” Onstenk says. “The same people are coming back, and that’s really important,” he adds. 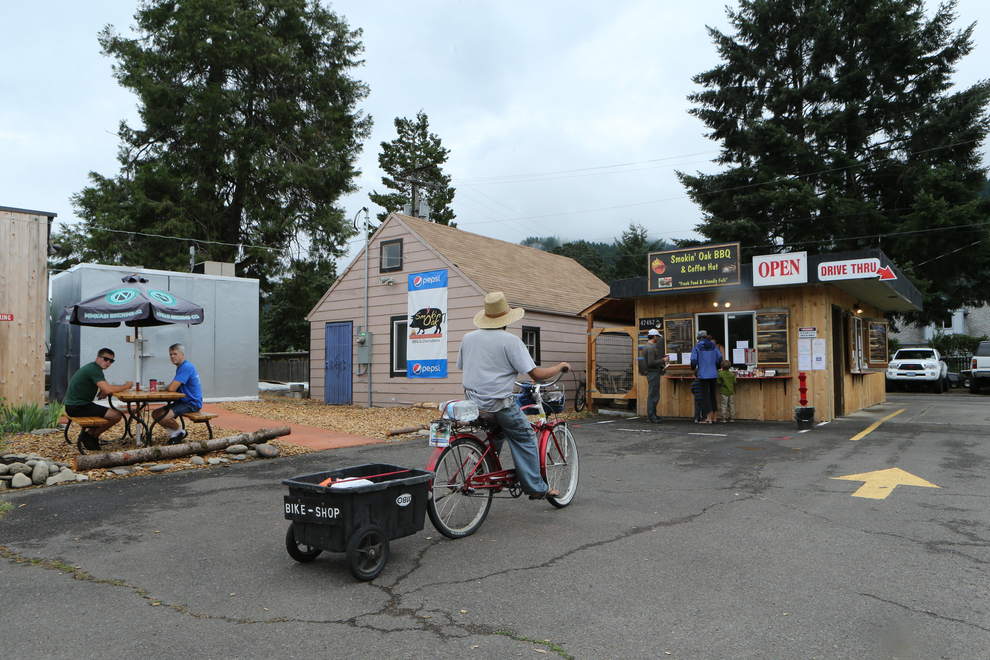