By Vanessa on March 12, 2015 in Gardening, Register-Guard 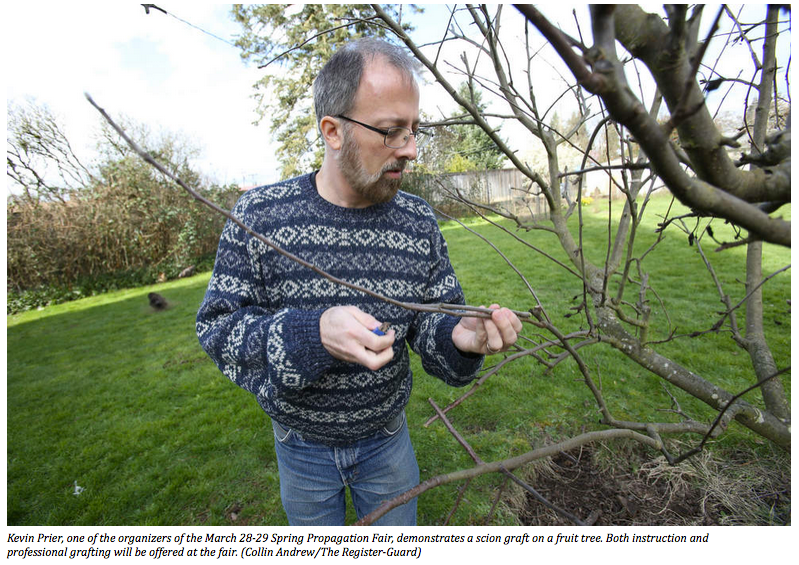 Plants grow from seeds; we all know that.

But saving viable seeds for growing vegetables can be a bit esoteric, and propagating fruit trees is a whole different ball of wax.

Gardeners can not only learn about seeds and grafting at the volunteer-run Spring Propagation Fair March 28-29 at the Head Start/Whiteaker School in Eugene, but help themselves to the event’s free seed and scion swap.

“We’ll have seeds from all sorts of local seed savers and from the couple who run Adaptive Seeds, who donate a lot of seeds every year out of their own stock,” says event organizer Kevin Prier. “It’s a lot of organic, local seed that has been adapted to our bioregion, and the other half of it is the propagation side, and that’s pretty huge too.”

Prier, who teaches homesteading and self-sufficiency skills through his home-based Suburban Homecraft programs in Eugene, discovered the propagation fair about 10 years ago, when it was still just a seed swap. He’s been growing a variety of kale and a Tuscan red onion and saving the seeds to share.

On Saturday, March 28, hundreds of varieties of scions (pronounced cy-on), or fruit-tree cuttings, along with vegetable seeds, will be shared at the fair. Sunday, March 29 events will include a workshops on grafting, seed saving and more.

Prier and other volunteers stepped up to continue the fair after Nick Routledge, a founder of the event, moved away from the area. Originally staged at the Lane Community College campus, it has moved to Head Start/Whiteaker School, 21 N. Grand St. in Eugene, for this year’s event.

About six years ago, the fair began receiving collections of scions and rootstock for orchard trees and vines. Grafting scion, or cuttings of last year’s growth, onto rootstock is necessary to reproduce an original cultivar of apples or other fruits.

Grafters take rootstock from trees or vines that have the qualities they want, such as disease resistance or mature tree height. Then they find scion wood from a tree that has desirable fruit qualities, such as flavor or ripening time. The two pieces of wood are cut and spliced together, then tightly wrapped so they heal together and grow as one unit.

Keegan Caughlin, farm manager at Two Rivers Farm near the McKenzie River in Springfield, has been gathering scions and rootstock for the fair.

“This year we are offering just under 300 apples, and that number probably will go up,” he says. In addition, Caughlin plans to have 90 varieties of grapes, 80 varieties of pears and 60 varieties of plums and cherries, he says.

Two Rivers Farm is growing crops for seed stock and nursery beds of trees that are known to perform well in this area. “We’re big into the idea of keeping these varieties alive and finding them homes,” he says. “It’s a treasure hunt to go out and look for these great varieties and do the research.”

Attendees can bring their own rootstock and choose their scion, or purchase the rootstock that is available at the fair.

“We do have to buy the rootstock, so we do have to charge the cost for that, which is $3,” says Prier. “We will have professional grafters there if you don’t feel comfortable doing your own grafting. We encourage a donation for that, but it is not required.” There is no charge for the seed/scion swaps or the workshops. Organizers simply ask that attendees not take more seed or scions than they will actually use.

“I have a fascination with growing things, and it’s a skill set that we as a culture have kind of lost,” Caughlin says. “The fair first and foremost is a means of getting people of all different backgrounds together to learn these skills that are so important, but seem to be disappearing. Even if you don’t plan on taking any material home, just come out and see what it’s all about.” 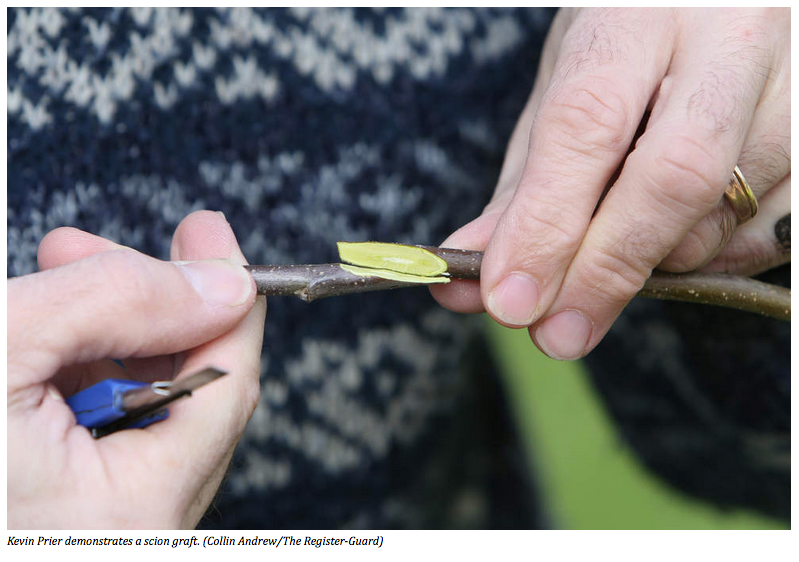