By Vanessa on March 26, 2014 in Children and Families, Register-Guard

The Register-Guard asked me to write an article about summer camps. (This was for Dash in August 2013.) I never went to the sleepover cabin-in-the-woods camps as a kid, but I envied those experiences and memories that people had who had done those things. I made do with day camps, and luckily there are a lot of great ones around here. I shadowed two camps, one at the Science Factory and one hosted by Nearby Nature. Funny, when this article was published I didn’t notice that one of the photos was published with a note in the caption that someone’s last name needed to be added. I don’t supply the photo captions for the Guard, so I’m passing the buck on that responsibility. No one’s perfect. 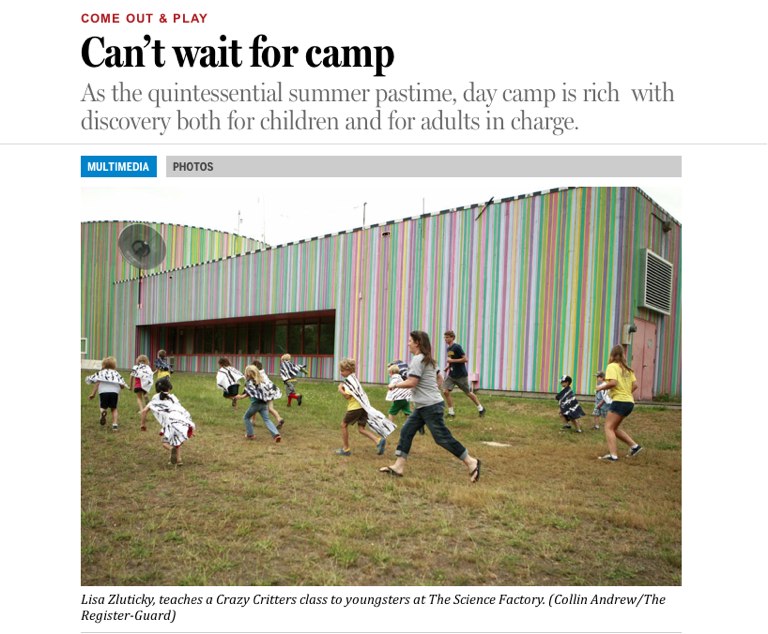 The goal for parents is that their kids are not only kept busy, but safe and healthy all day, and perhaps to learn a thing or two. The traditional summer camp cabins in the woods by the lake are great, but around here, we have many options for day camps with science and nature themes that prime students for scientific inquiry: to engage with, explore, explain, elaborate and evaluate.

Natalie Wong graduated from South Eugene High School this year. She began attending summer camps at the Science Factory in elementary school and kept going back year after year until she was too old. Then, she became a camp counselor herself. “I really liked learning more in-depth about things we wouldn’t cover at school,” recalls Natalie. “At the Science Factory we focus on certain topics that are pretty interesting and that you don’t normally learn, like dinosaurs for instance.” Educators might shudder at Natalie’s perspective—“Normal school is preparing you for one standardized test after another and they teach you just what is necessary for you to know”—so she views camps as vital extensions of the educational experience. “At school so you don’t get to learn based on everyone’s interests,” she says, “but at the Science Factory you can learn about what you want to.”

A recent week-long Science Factory camp taught by Lisa Zluticky, who is a first-grade teacher during the school year, examined animal mimicry. “That’s about one thing that looks like another thing,” explains 6-year-old Max Phillips. “Right,” says Lisa, “animals that try to look like another thing so that predators will leave them alone.” Lisa’s daughter Amber, who is following her mom’s career path into education, works at the Science Factory as a behind-the-scenes camp assistant. Lisa handed out zebra-striped capes the kids had painted the day before and hustled the group outside. As they ran from camp counselors (the “predators”) Amber was cutting yarn for the kids to use to tie on their striped tiger masks. All of this activity was to help understand animal camouflage. The next plan for the campers was to study metamorphosis.

Some of the kids, like Max, already have a lot of exposure to the natural world, but many kids don’t. “Sometimes I have to cut them off because they know so much!” Lisa says, “And we get kids not only with different experiences but different needs, physical and behavioral. It makes for a well-rounded class, and it’s about honoring all of those experiences.”

Beth Stein is the director of Nearby Nature, a popular local program that helps kids to appreciate the natural world right in their backyard or local park. She says that enrollment in Nearby Nature’s camps has climbed each year for several years. Partly, that’s because Nearby Nature is better at outreach and people are familiar with the program, but that’s not all. “I feel like people are realizing that its essential for kids to be outside,” Beth says. “We have more competition than ever among nature study camps and yet our camps are always full. I have the sense that parents are interested in having their kids outside in the summer. That’s not to discredit camps where they do things inside, intellectual things or sports, but parents appreciate having their kids outside playing in nature and learning a few things too. I think parents like us because we are out there rain or shine.”

At a recent Nearby Nature “Wheels to Water” camp, 12 kids aged 8 to 11 each arrived with their bicycles in tow. They rode around Alton Baker park looking for items from a scavenger hunt, and rode to a boat launch for a canoe trip. The kids were given maps of the park and were challenged by instructor Erica Benedict-Barta to figure out the best route to the boat launch.

While the kids were preparing the canoes, an osprey circled in the sky. That sighting quickly expanded into a discussion of how fast birds can fly, with one of the kids, 8-year-old Gersh Botvinnik, pointing out that peregrine falcons can actually fly faster than cheetahs can run. As each canoe slipped into the water, the discussion again segued to bugs and blue herons, and what they might see on the riverbank. The oars dipped into the cool green water, and the kids shoved off to their next adventure. 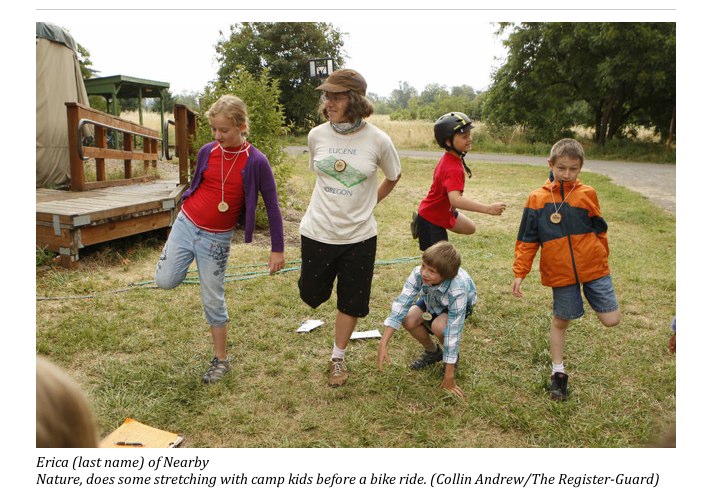 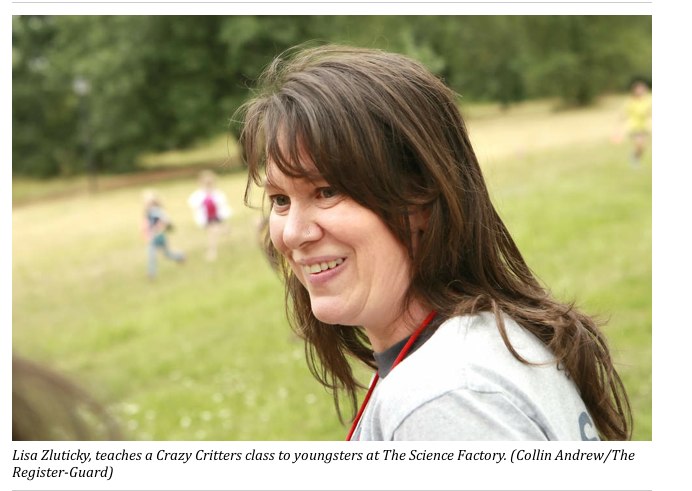 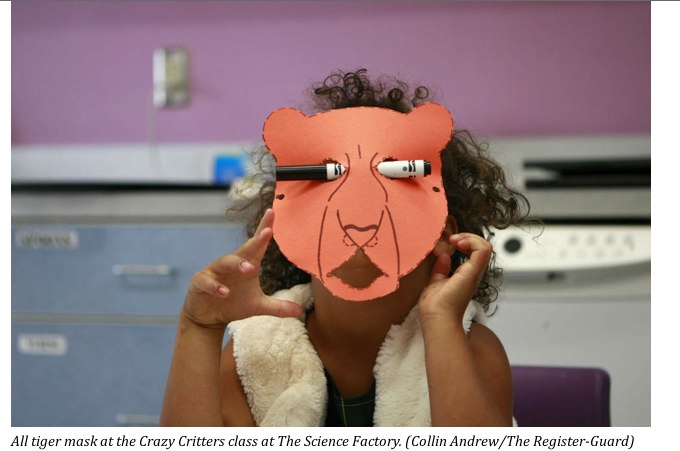 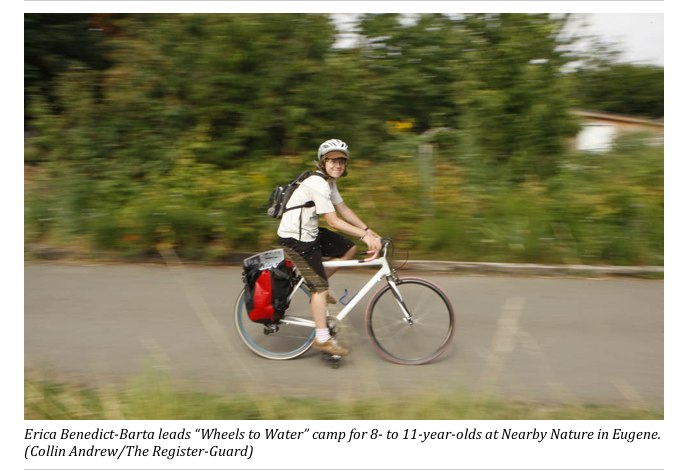 More of Why Even Multinational Corporations Need Good Copy Editors
Strength Training For Women, Minus the Bikinis and Body Oil