By Vanessa on June 23, 2018 in Northwest Travel and Life, Travel 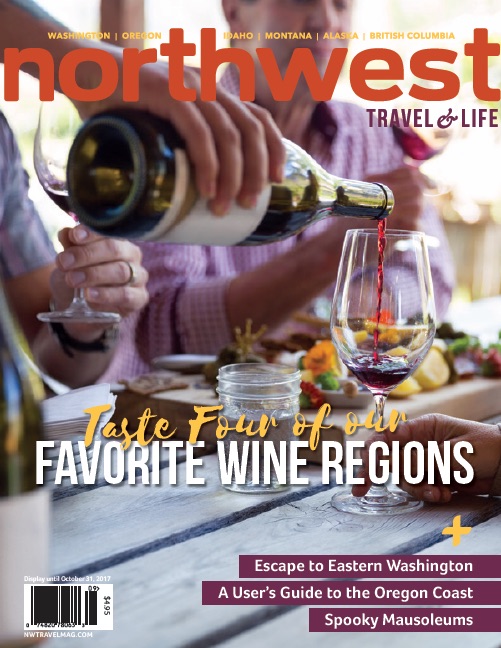 Click here to view the full PDF of Spooky Travel. 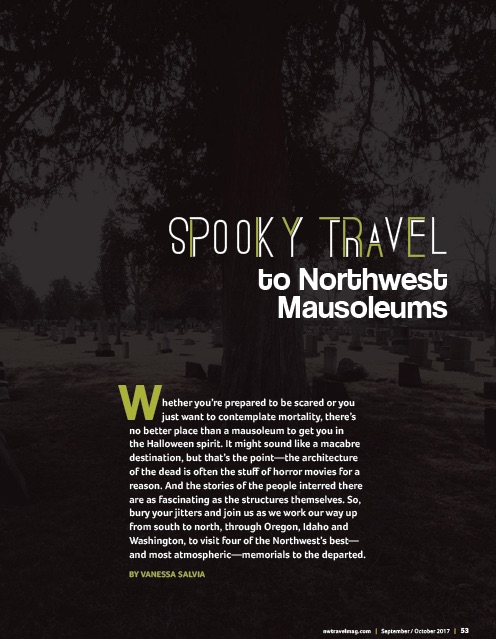 Nestled at the western edge of the Eugene Masonic Cemetery, the Hope Abbey Mausoleum features traditional Egyptian funerary symbols, such as papyrus bundles, lotus-blossom urns and a solar disc with snakes and outstretched wings on each side above its magnificent entrance.

“On the exterior wall is a cavetto molding which is fluted and curved out,” says Denny Hellesvig, a Eugene Masonic Cemetery Association board member and retired architect. “That is a very definite Egyptian architectural element. Just under the cavetto molding is a winged orb, which is another Egyptian funerary symbol. I’ve seen them in Egyptian tombs and they’re no different. It’s just a straight copy.”

The walls are Tokeen marble, quarried off the Alaskan coast. Sunlight shines through golden stained-glass windows clad in copper, casting a warm glow upon metal lotus blossom details and what Hellesvig presumes is a papyrus bulb on the window frames, both symbols of early Egyptian dynasties.

Ten-foot-tall bronze doors admit the public to attend occasional musical events, and visitors are admitted for tours on the last Sunday of each month, except December.

The cemetery surrounding the mausoleum holds most of Eugene’s historical names, including city founder Eugene Skinner. At the 1914 dedication of this nearly 2,000-square-foot mausoleum, optimistic Masons included a time capsule to be opened in 2914. 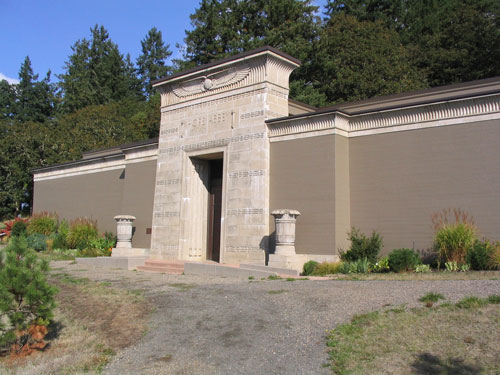