By Vanessa on December 15, 2014 in Animals, Business, SPOT Magazine

One of the things I do for SPOT Magazine (spotmagazine.net) is to write profiles of vet clinics. This profile of Viking Veterinary Care was one of two that appeared in the Winter 2014-15 issue. 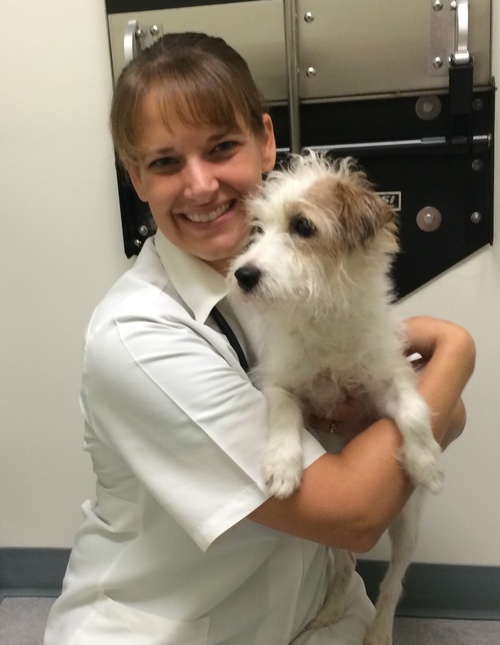 Dr. Rosie Gilbert doesn’t look like a Viking warrior, but evidence of her ancestry is everywhere at Viking Animal Hospital. Originally from Petersburg, Alaska — a town known as “Alaska’s Little Norway” — she brings that heritage into her practice.

“The reception desk is a Viking ship,” she says. “There’re tons of pictures of everyone in Viking helmets, and we even have an area where owners can come in and sit their animals in different helmets. We wanted it to be fun for people and for animals.”

Dr. Gilbert moved from Petersburg to Portland in 2000. After practicing for four years at Rock Creek Animal Hospital, she began researching different veterinary clinics and decided to design her own, based on what she felt was missing: accommodations for large-breed dogs.

“I have two great Danes, and found that a lot of hospitals are not designed for large breeds,” she explains. “For example, we have special lift tables, so we’re not trying to lift giant-breed dogs.” Gilbert’s treatment and recovery areas also have large glass kennels and runs, so she can see all the animals in her care from her office.

Felines are also welcome at Viking, where cat exam rooms are sprayed with pheromones to up the feline appeal. There’s even a cat adoption ward right in the hospital.

Also at Viking, Dr. KristyAnn Brock, is nearing completion of her veterinary rehabilitation certification, which will allow her to help restore pets’ physical function through rehabilitation.

“Our staff is incredible,” Gilbert says. “I hired a bunch of people that truly love animals. The biggest compliment we get is, ‘Clearly your crew loves what they do.’”