This appeared in the May 24, 2017 Tastings, the quarterly special section on food and wine published by Eugene’s Register-Guard daily newspaper. 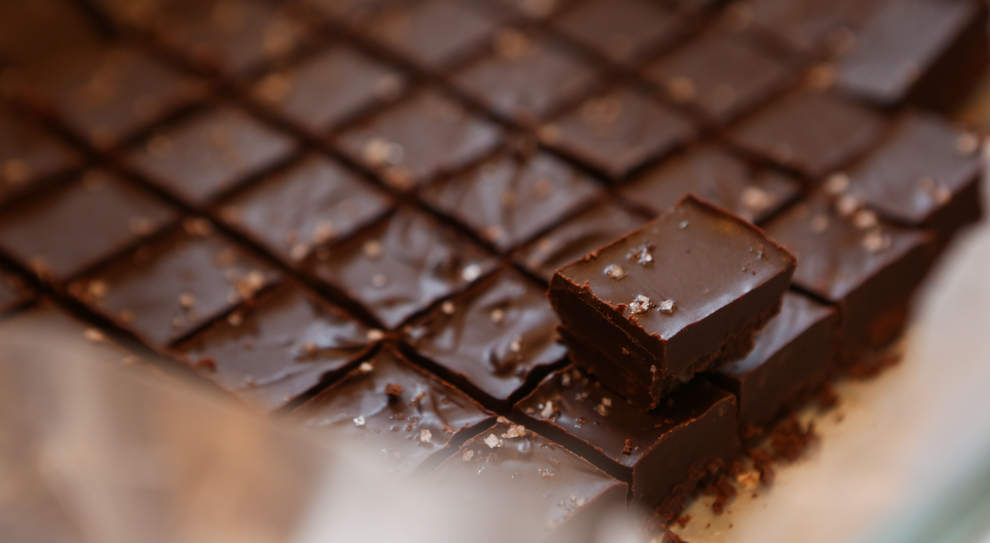 In addition to Sea Salt with French fleur de sel, above, Marilena Christie’s other Brutto ma Buono Cioccolato flavors include Hazelnut, Brandy, Orange Liqueur, and Limoncello with her own limoncello liqueur. (Photo by Kelly Lyon/The Register-Guard)

Ugly or not, her chocolate might make you ‘float’

Marilena Christie of Brutto ma Buono Cioccolato handcrafts simple, pure, Italian-style chocolates that shine with wine or on their flavorful own

Marilena Christie is a tall, slender, salt-and-pepper haired Italian woman who sings when she makes her chocolates. She calls them Brutto ma Buono Cioccolato, or “ugly but good chocolate.” And while ugly isn’t exactly the right word, good isn’t quite right either: Most people who taste them would call them excellent.

“People float when they eat my chocolate,” Christie says. “People giggle. I don’t know if it’s because it’s called ‘ugly but good,’ but it is different than the chocolate that most people have had before.”

Christie, 68, uses her Northern Italian family recipe for the chocolates, and says she started selling them only after numerous people told her she should make it available to the world.

She doesn’t want her chocolate-making to become a chore, however, so she makes only six pounds a week, one pound of each of six flavors.

Christie’s father and mother are from Torino, Italy, where her father worked for Fiat, the Italian carmaker, but she was born in Afghanistan.

“They wanted to go on an adventure, so my mother, my brother who was 10 years old, my godparents and their two boys, and my mother who was pregnant with me took off to Afghanistan,” she recalls. “They couldn’t land the plane they were on because Mahatma Gandhi had just been assassinated.”

This was in 1948. Her family finally landed and took the Khyber Pass in a beat-up old bus. They stayed in Afghanistan until she was 8, then moved to Boise, Idaho.
“That was a real culture shock!” she says with a laugh. She grew up there, with frequent trips to Italy throughout her life.

It was only a few years ago that Christie’s aunt Gina gave her the family’s recipe for limoncello, a lemon liqueur, and for the chocolate. At first, Christie made chocolates only as gifts. “People started saying how good it was,” she says. “And I started playing with it, and with the flavors.”

The original flavor was Puro, or “pure,” and was “made with nothing but chocolate, espresso and joy,” Christie says. She now makes Hazelnut; Brandy; Sea Salt with French fleur de sel; Orange Liqueur; and Limoncello, with her own limoncello liqueur. She uses 72-percent cacao from Peru, and each flavor has a pinch of illy espresso powder. With such pure ingredients, the chocolate should be kept refrigerated.

“There’s no wax and no preservatives ever,” she says. “What you taste is just the real flavor of the chocolate.”

After mixing the chocolates on Mondays in her certified home kitchen, Christie lets them rest. “If the weather’s nice on Tuesday, I go golfing,” she says. “If not, I cut them up and package them.”

Right now, Provisions Market Hall at Fifth Street Public Market is Christie’s only storefront for her chocolates, but wineries have her chocolates and she presents periodic chocolate-and-wine events at locations around town.

It was a local winemaker, Lorrie Norman (at the time with Sweet Cheeks, now owner of Valhalla Winery), who got Christie started pairing her chocolates with wine. Provisions has carried her chocolate for the past year, and during the past three years she’s paired up with local wineries including Pfeiffer, Sweet Cheeks, Abbelone, Valhalla (formerly Domaine Meriwether), J. Scott Cellars, Noble Estate and Camp Creek Cellars.

Brigadoon Wine Co. keeps the chocolate at its winery tasting room, but doesn’t sell it. “They just keep it on hand to give a piece to people to have along with their wine,” Christie says. “They wanted to have something special for their visitors.”

Christie’s chocolates, which are smooth, creamy and soft, go with about any wine, In particular, she suggests merlot and cabernet.

“The exception is that the limoncello flavor overpowers pinot gris,” she says.

This also isn’t chocolate that you need to eat a lot of to be happy. Christie cuts hers into bite-sized cubes, each of which forms a satisfying mouthful.

Christie sells quarter pounds of the chocolates, about 26 pieces, for $13. For $29 she offers membership to the Brutto Cioccolato Club, in which members get advance notice of her special events, a reduced retail price and three differently flavored quarter pounds of chocolate twice a year — in March to celebrate spring, and in September to say farewell to summer, she says.

“Chocolate club members also get a wine suggestion for a local wine that the chocolate will pair with beautifully,” she says.

More and more people are finding out about Brutto ma Buono, and Christie is shipping some of her chocolates out of state from orders taken on her website.

“I don’t want this to get too big,” she says. “I’m still doing the ‘happy dance’ whenever I make my chocolate. My husband told me, ‘In 47 years of marriage, I have never heard you sing while you were cooking dinner, but you sing when you make your chocolate.’ This really has become my dharma. It’s my joy to make these chocolates and share it with people.” 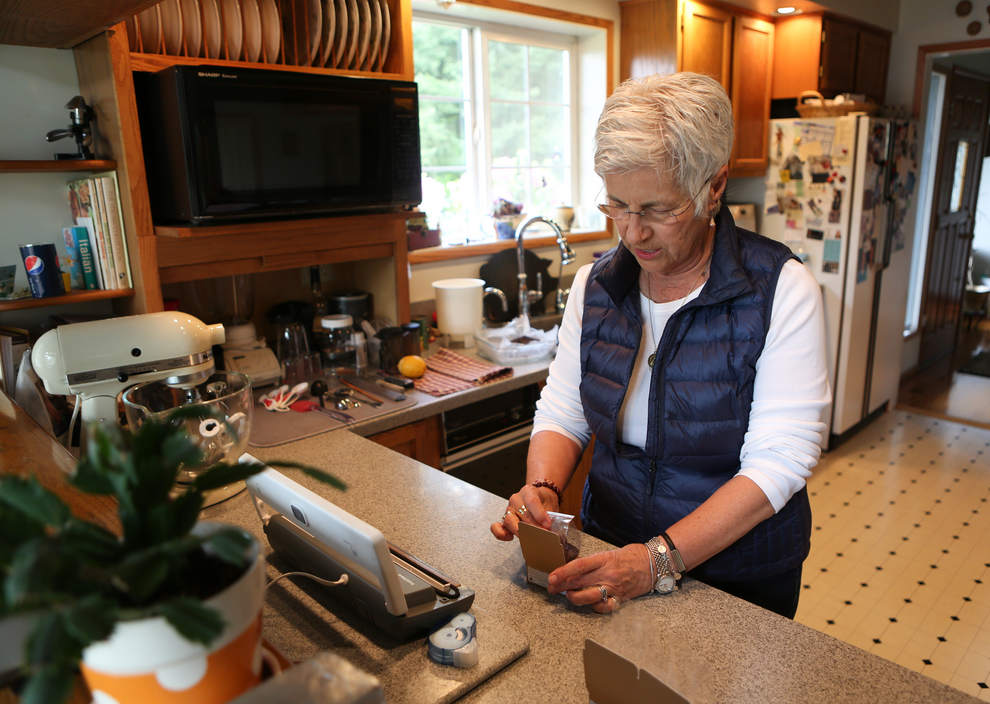