This article appeared in the summer issue of 1859 Oregon’s Magazine. Summer is a great time to visit Eugene, Oregon, because many of the town’s students are gone and there’s a lot going on. Visit the published article for a video of Eugene sponsored by Travel Lane County. 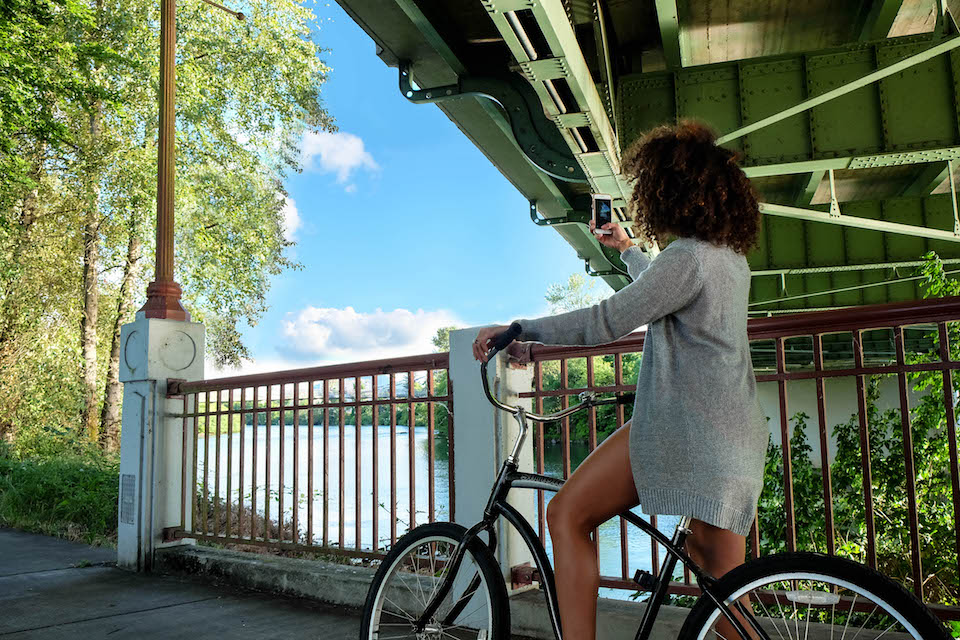 This biker snaps a picture of the Willamette River under the Ferry Street Bridge. All photos by Michael Williamson

Eugene is home to the Oregon Ducks, whose national reputation as a winning Pac-12 football team has helped change the view of Eugene as little more than a hippie holdover from the 1970s.

Eugene’s abundance of farms makes it a delicious place to eat local, seasonal food all year-round. The city’s seven resident dance, music, and theatre companies and numerous small music venues throughout the week provide alluring nightlife. Yes, Eugene has everything, including a bit of an identity problem. Is it a college town or a town with a college?

Now that the city center is more bustling than it’s been in decades, some have dubbed Eugene’s downtown “Little Portland.” Most downtown denizens, though, embrace it as the vibrant heart of a city that has finally come into its own—even though several of the newly installed downtown restaurants are branches of Portland-based businesses. No matter, though. Eugene is Eugene.

And while the University of Oregon runs the show throughout the rest of the year, August is a great time to visit, because the university’s 25,000 residents mostly clear out for the summer, leaving a lot more elbow room.

The convenient location of the Amtrak train station makes that an easy way to begin exploring the downtown and the hip Whiteaker neighborhood on foot or wheels. Thanks to a progressive pro-bicycle mayor in the 1970s, Eugene now has 187 miles of on-street bicycle lanes. Five pedestrian/bike bridges connect both sides of the Willamette River, giving easy access to Valley River Center and Autzen Stadium.

Stop at Red Barn Natural Grocery in the Whiteaker and order custom deli sandwiches to take to your picnic at Alton Baker Park. If you happen to not have tickets to one of the many outdoor concerts in Cuthbert Amphitheater, on the edge of the park, hang out anyway. You can’t see the show, but you can hear it well enough to sing along when your favorite song is played. Also near Alton Baker is the Science Factory Children’s Museum, where kids can learn about science through hands-on activities, or rest while enjoying a planetarium show.

While you’re out, stop at Eugene Running Co. in nearby Oakway Center and check out the collection of memorabilia documenting Eugene’s history as TrackTown USA. Ask about the best running trails and directions to “Pre’s Rock,” memorializing famed UO distance runner Steve Prefontaine, who died in an automobile accident in 1975. A running trail named for him now winds through Alton Baker Park.

For a quick breakfast, visit the Wandering Goat Coffee Co. for a cup of organic coffee or espresso, roasted on site, and house-made pastries or vegan biscuits and gravy. It’s going to be hot in August, so pack your water gear for fishing, rafting, or swimming in the Willamette or McKenzie rivers. If you’re in Eugene on a weekend, visit the Saturday Market, with hundreds of craft booths, live music, a food court and farmers’ market every Saturday. This is the hippiest place in town, with tie-dyes and Birkenstocks de rigueur.

If you’re in town on a Thursday, visit the newly formed Whiteaker Community Market for artisan crafts and locally grown produce. Get out of town, where the water is a little cleaner, and drive to Mt. Pisgah Arboretum ($4 parking fee) and take the Riverbank Trail. The 209-acre arboretum is part of the larger Howard Buford Recreation Area encompassing 17 miles of trails.

When you head back to town, go for dinner at Tacovore, specializing in unique takes on meat and veggie tacos, such as grilled squid with pickled cauliflower or crispy eggplant with goat cheese. Beware of long lines on weekends though—craft cocktails or tequila make the wait more tolerable.

The UO campus is also an arboretum, home to more than 3,000 tree specimens. An online interactive map provides you with the name and location of the trees within the 295-acre campus. Before you go, stop at Papa’s Soul Food for fried chicken and collard greens. While on campus, enjoy a tour of the Jordan Schnitzer Museum of Art, with gorgeous permanent collections including more than 3,000 Japanese items from the Edo period (1615-1868).

The UO campus is but a short jaunt to Hendricks Park, Eugene’s oldest park. While the park’s rhododendron collection blooms in May, you can enjoy 80 acres of trails, trees, and picnic areas all year long. It’s also the northern terminus of the 12-mile Ridgeline Trail.

After your day, stop at Provisions Market Hall, a food- and wine-lover’s paradise with a casual restaurant, take-away prepared food or ingredients for a delicious meal you make yourself. Pick up a bottle of wine, freshly baked bread, cheeses or pastries, from the Willamette Valley’s bounty. 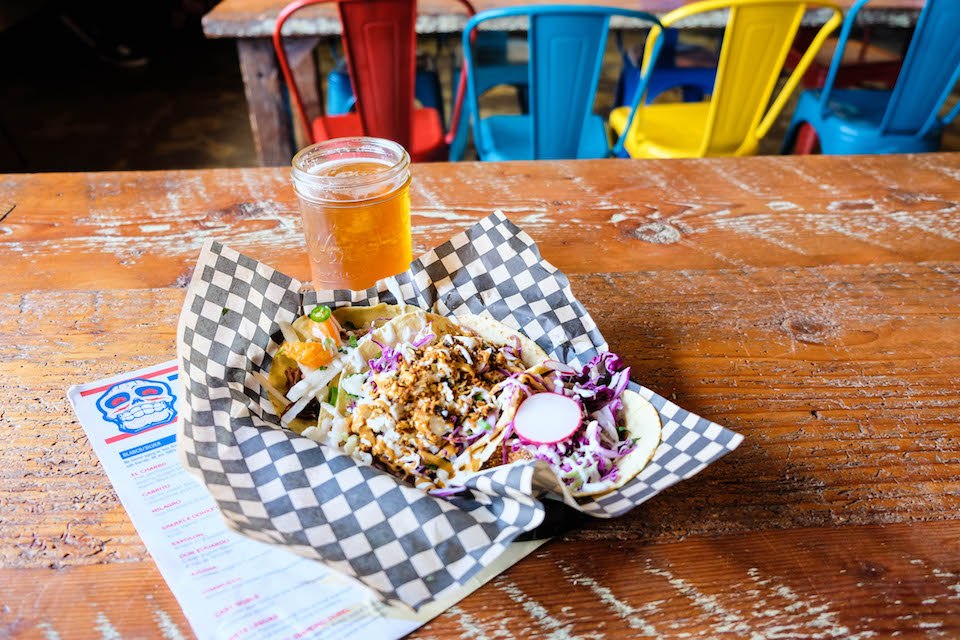