What a treat it was to meet Bill and his wife, Marcia. Nearing their 90s, they both exercise daily and have overcome tragedies in their lives with grace and good humor. I met Bill one morning on my walk to work after parking my car. He was walking briskly on the sidewalk and I gave him a friendly “on your left” before passing him. He immediately started talking about how he was out for his daily run and enjoying the day. I couldn’t help but start walking along with him and talking. I learned that he was the father of four boys who were All American runners, with one Olympian. He himself holds several records for his age groups as a Master. Such an inspiration, and he has since become a friend. This piece was a Mind + Body athlete profile that published in the March/April 2017 issue of 1859 Oregon’s Magazine. 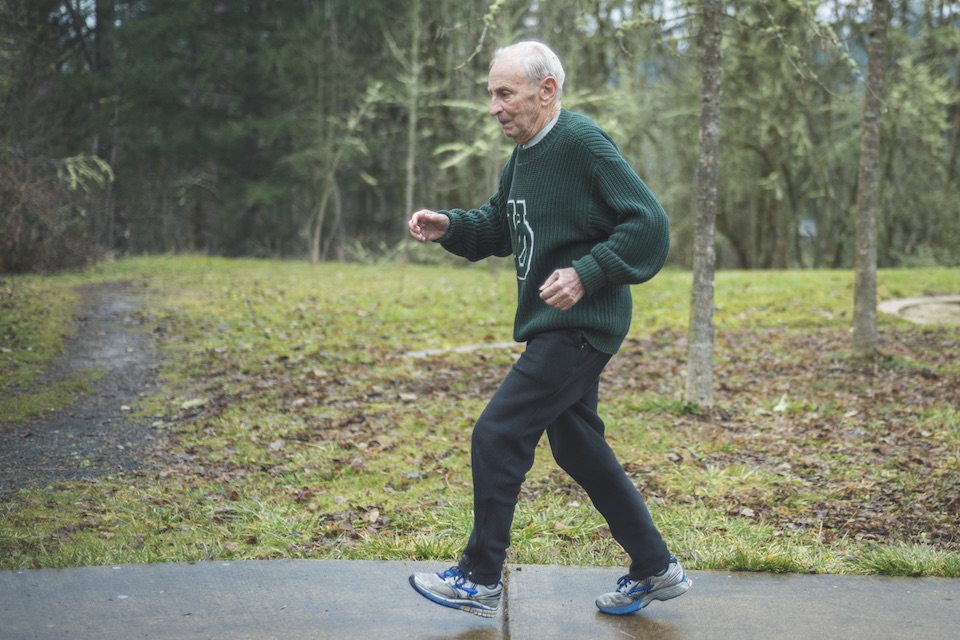 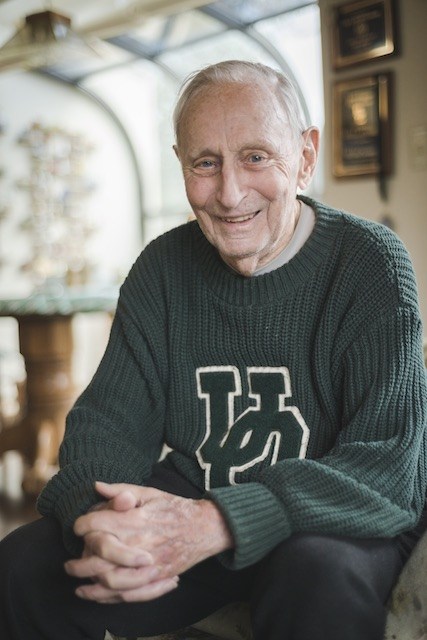 When Bill McChesney sat down and figured out that he had run 1,000 road races in his nearly 5 decades of running, he couldn’t believe it. “I’ve been tired ever since!” he joked.

In 2015, McChesney, 88, ran his 42nd Butte to Butte 5K race in Eugene, and he walks or jogs up to four miles a day, then returns home and does 20 chin-ups. He and his wife, Marcia, 86, were founders of Oregon Track Club’s Masters program, which provides competitive events for seniors. Bill has run seventeen marathons, including Boston and New York, and Marcia has run five.

Bill’s the oldest man in the world to run a sub-five-minute mile, running a 4.50 at the age of 59—a record he believes he still holds. Even though he’s slowed down since then, he still considers himself an athlete. “Why not?” he joked. “I’m the only one left in my age group because they’ve all died off. That isn’t my fault!”

Although he jokes a lot, there’s nothing funny about his or his family’s running credentials. Bill ran through high school and college in Montana before moving to Oregon to attend dental school. Marcia and Bill had four boys, Tom, Steve, Bill Jr., and Ken, all of whom were All American runners. Bill Jr. broke many of track legend Steve Prefontaine’s records and became an Olympian who should have competed in the 1980 games boycotted by President Carter. Steve and Ken are now celebrated track coaches, while tragedy struck for Tom and Bill Jr., who both perished in separate automobile accidents.

When Steve ran a marathon in Japan, he passed out at mile 25. Race officials had to remove his shoes, because he was so determined to finish. Later, at the age of 76, Bill ran the same race. “I knocked 10 minutes off the world record for a guy my age running a marathon,” he recalled. “I ran 3 hours 50 flat when I was 76.”

After hanging up his shoes post-college, Bill didn’t run at all for nearly 40 years, until he looked in the mirror and didn’t like how his weight had crept up. He started running to keep the weight off and never quit.

“I can think better when I’m out there running,” he said. “The cares of the day fall away from you. I still feel the runner’s high.”

NAME: Bill McChesney
OCCUPATION: Retired dentist
AGE: 88
BORN: Glendive, Montana, 1928
RESIDENCE: Eugene, Oregon
WORKOUT:
• Walk-jogging 3 to 4 miles each day
• 20 chin-ups daily
NUTRITION: Bill eats nothing before a run, or very little, and after a run he’s not hungry. “I eat anything I want. I just eat lightly when I feel like it,” he says.
INSPIRATION: “I don’t feel good unless I get a work out in, that’s my motivation.
Plus, years ago I lost over 100 pounds and I never want to get that fat again.” 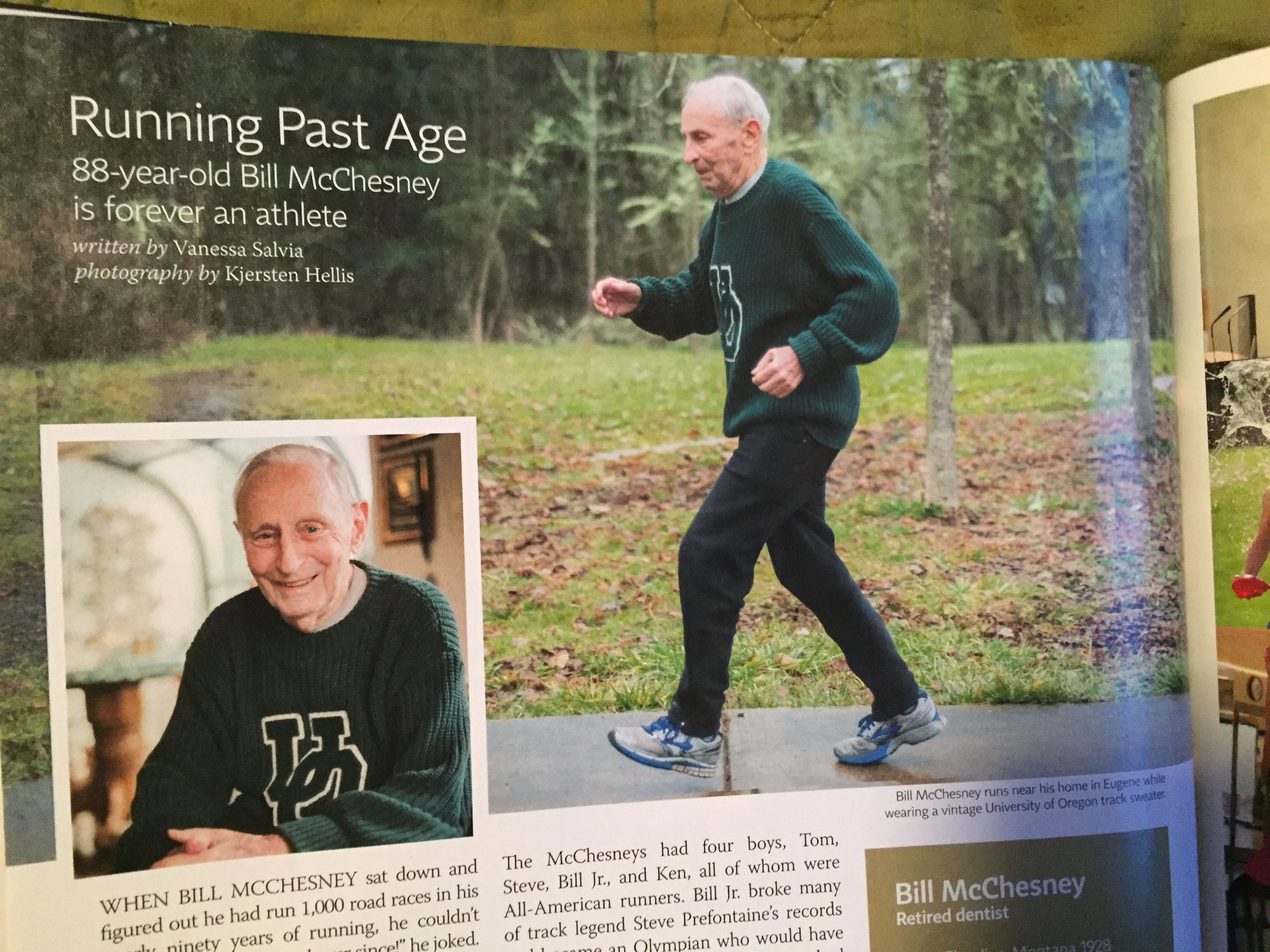