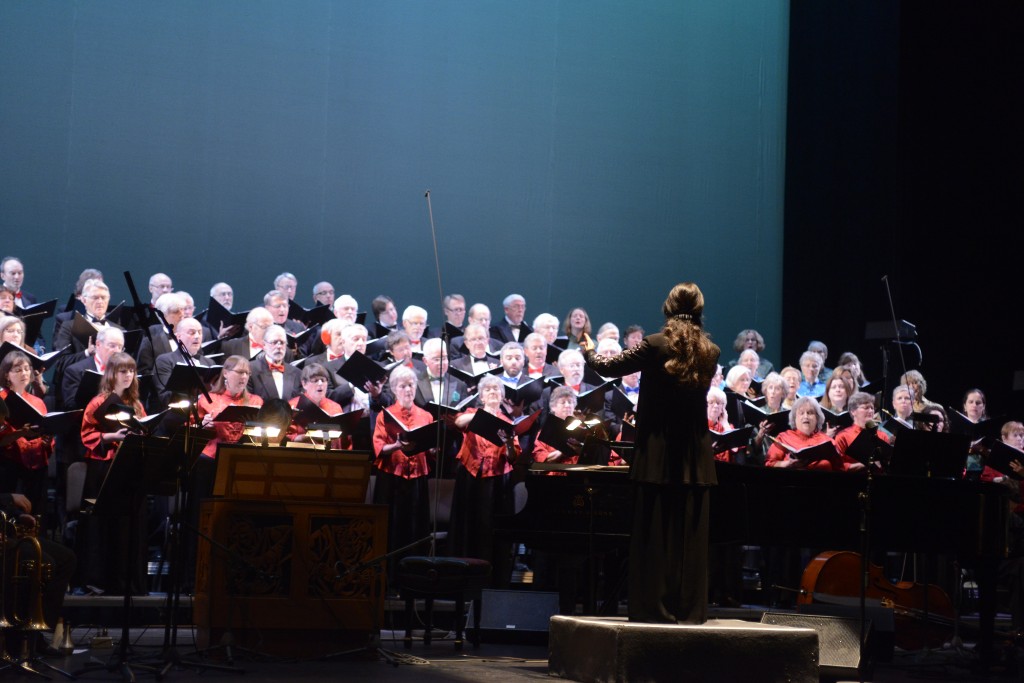 The Eugene Concert Choir, a resident company of the Hult Center since 1997, brings together as many as 100 voices performing many of the beloved symphonic choral masterworks.

The smaller group is best known for its Renaissance-­themed MayFest dinner, in which the singers perform in Elizabethan finery. This season, it’s May 15-16 at St. Paul’s Parish Hall, 1201 Satre St.

The 2014-15 season is the 40th for the Eugene Concert Choir. It will be celebrating that milestone with the “40th Anniversary Holiday Extravaganza” on Dec. 7 at the Hult Center.

The group will perform holiday favorites along with Eugene Vocal Arts Ensemble, Oregon Mozart Players and Mason Williams, the composer known for the popular instrumental “Classical Gas.” You can get warmed up in the Hult Center lobby before the concert with hot spiced wassail, cookies and a caroling singalong.

In 2015, the group will perform the Mozart Requiem and “Choral Ballet.”

The Feb. 28 show, which will feature the Eugene Ballet and choreography by Artistic Director Toni Pimble, honors the life of the late Eugene Ballet principal dancer Juan Carlos Amy-Cordero.

The choirs will welcome spring with two shows of beloved Celtic music.

First up is “Celtic Spring for Kids” on April 25, a family-friendly, one-hour highlight of the “Celtic Spring” concert. It features the Eugene Concert Choir along with all 12 members of the Willis Clan performing songs and traditional dances.

The evening performance of “Celtic Spring” features the Willis Clan, who wowed audiences in 2010 with “A Celtic Christmas.” The family placed first in the 2013 International Irish Music Festival Competition in Dublin, Ireland, then quickly became an American favorite on TV’s “America’s Got Talent.”