Make no mistake . . . I would not want Christmas all year-round. And I’m not sure I could even handle working in a Christmas store all year-round. But this family from McKenzie River makes it work for them. There are some good things about it, like for instance, they get to work in a place that smells like cinnamon all the time. And they get first dibs on the newest fishing and hunting-themed Christmas decorations. Maybe that would be worth it after all. All pictures by me.

For most people, the build-up to Christmas lasts a couple of months, then when the wrapping paper and trimming is recycled on Christmas day, the excitement is more or less over. The tree is taken down and the decorations are soon packed up until the next year. But for the family that owns the Christmas Treasures shop in Blue River, Christmas truly does last all year long.

“The only bummer part for us is that we don’t get to enjoy Christmas like we used to,” says Steve Wood. “November and December it’s absolutely batty around here. The phone rings off the hook and the store is packed with people. January is our holiday because it slows down then and we get to have a little breather, but we’re working up through Christmas Eve, the last day the carriers will ship.”

Christmas Treasures started as a hobby for the family in 1993. “My parents, Patrick and Nancy, they just liked collecting,” says Steve. “Most of the lines we have in here they started collecting years ago.” In-person and online shoppers seek out their wide selection of Christmas lights, themed ornaments, and collectibles like Department 56 Christmas villages and Steinbach nutcrackers. Originally, says Steve, Patrick Dibala and Nancy Wood were planning to semi-retire in Blue River with the Christmas store for some additional income. But then Steve’s interest in the Internet changed everything.

“As a sophomore in high school, Steve said, ‘If you guys buy me a computer I’ll build you a website,’ and we said, ‘What is that?’” recalls Nancy. “We said, ‘yeah, sure, whatever.’ But we did and he did so we were the first ones to get these major lines online.” Steve, now 32, created that website in 1996, when the online frontier was still virtually undiscovered. Nowadays, of course, everyone has a website, but Steve, Patrick and Nancy all agree that they wouldn’t have been able to keep the business afloat without the website. The shop has one full-time employee who is not a family member, but otherwise, the shop employs the whole family, including Steve’s twin Brian and their brothers Mark Wood, 31, and Jimmy Dibala, 21, who’s still in college.

The family has set their shop apart in other ways. “Our 160-foot tall LED lighted tree outside is as far as we know the tallest living lighted tree in the world,” says Steve. “It has over 50,000 LED lights in it and we have a live webcam that updates on the Internet. That’s a huge draw. We’ve had that going for 10 years now.”

The shop tries to specialize in items that you won’t be likely to find in other stores. They also seek out hand-made and made-in-America items as much as possible. “We stock the unique, oddball things you won’t find in other stores,” says Steve. “Wal-Mart or the big box stores won’t carry something them unless they can sell a 1,000 of them, so we look for things that other stores won’t carry.” Christmas Treasures has one of the largest collections in the U.S. of anything German, and also nativities from around the world, and unique lights. “You’d be hard-pressed to find anyone who has more available in stock than we do,” says Steve.

Nancy and Patrick were living in Florida, regularly traveling up the East Coast to visit Nancy’s family in New York. “We had kicked around the idea of having a little shop from our travels,” she says. “We always liked the little stores in the middle of nowhere.” As far as Christmas items goes, “I was just drawn to it,” she says. Patrick grew up in Reedsport, and headed out this way from Florida for his 30th class reunion. They found the spot for sale and decided they would give it a go.

The picturesque site on a bend of the McKenzie Highway was once a hunting and fishing lodge. Built in the 1920s, the cabins were washed away in a flood. After that it was a restaurant, and an RV campground, among other things, until Patrick and Nancy bought it in 1993. “We still have people who come in to shop who were here 50 years ago and recall it being one of their favorite places to camp and stay,” says Steve.

The shop has had visitors from around the country, and even the world. A couple recently traveled to the United States from Germany and planned a trip to visit Christmas Treasures in person. The shop has become a Christmas museum in a way, says Steve, because of their large collection of antique and irreplaceable merchandise. “We have some original Steiff stuffed animals that we don’t sell,” he says. “These are museum-quality antiques and we can’t replace them.” Also in the middle of the store is an irreplaceable antique toboggan loaded with Nancy’s collection of vintage Raggedy Ann dolls. The store also boats a massive fireplace hand-crafted from McKenzie River rock. The flue outside has a Santa face made out of rocks. “You would want to come to the store just to see those things,” he says. The store does have original antiques for sale, and once they’re gone, it’s unlikely that many of them will be replaced.

Selection is the main reason people stop in or shop online for Christmas items year-round. “If you wait to shop until everybody else is buying in November and December, the selection is not as great,” explains Steve, “so if you really want to find that special gift for someone, July is a great time to do it because that’s when we have the selection. Most stores will get their shipments in the summertime so if you wait until later on your probably not going to get the exact thing you wanted.” Themed Christmas decorations are their number one seller. “It’s a good, inexpensive gift for someone,” says Steve. “Whatever somebody does for a hobby or life or job, we have an ornament for it.”

Inside the shop it smells of cinnamon, and Christmas music plays over the stereo system. As kids growing up, Steve says, he and his brothers looked forward to Christmas just like anyone. “We decorated outside and inside, nothing crazy just like a regular American family would,” he says. “Nothing like this store of course,” he says, gesturing at the shelves and trees jam-packed with ornaments. “I get asked a lot if I get sick of Christmas and the Christmas music, but it doesn’t really affect me. I don’t get the feeling that I’m bored with it or anything. I’ve always enjoyed it.”

It’s a little less enjoyable for Nancy now. “We don’t really get to enjoy Christmas anymore, we’re so busy,” she says. “We’re here working up through Christmas eve from 7 in the morning to 9 at night seven days a week. Then we’re exhausted but in January is all the shows we have to go to when we do all our buying. We have to go to the shows to get our orders in otherwise we won’t get it. We don’t get to rest until February.”

Even though Christmas is now a working holiday, Nancy and Patrick and the rest of the family are grateful that their hobby has kept their family gainfully employed all these years. “We have a ton of people that come up every year to get their special ornament for their family,” says Nancy. “We really enjoy that. We’re still chugging along after 20 years.”

All photos by Vanessa Salvia 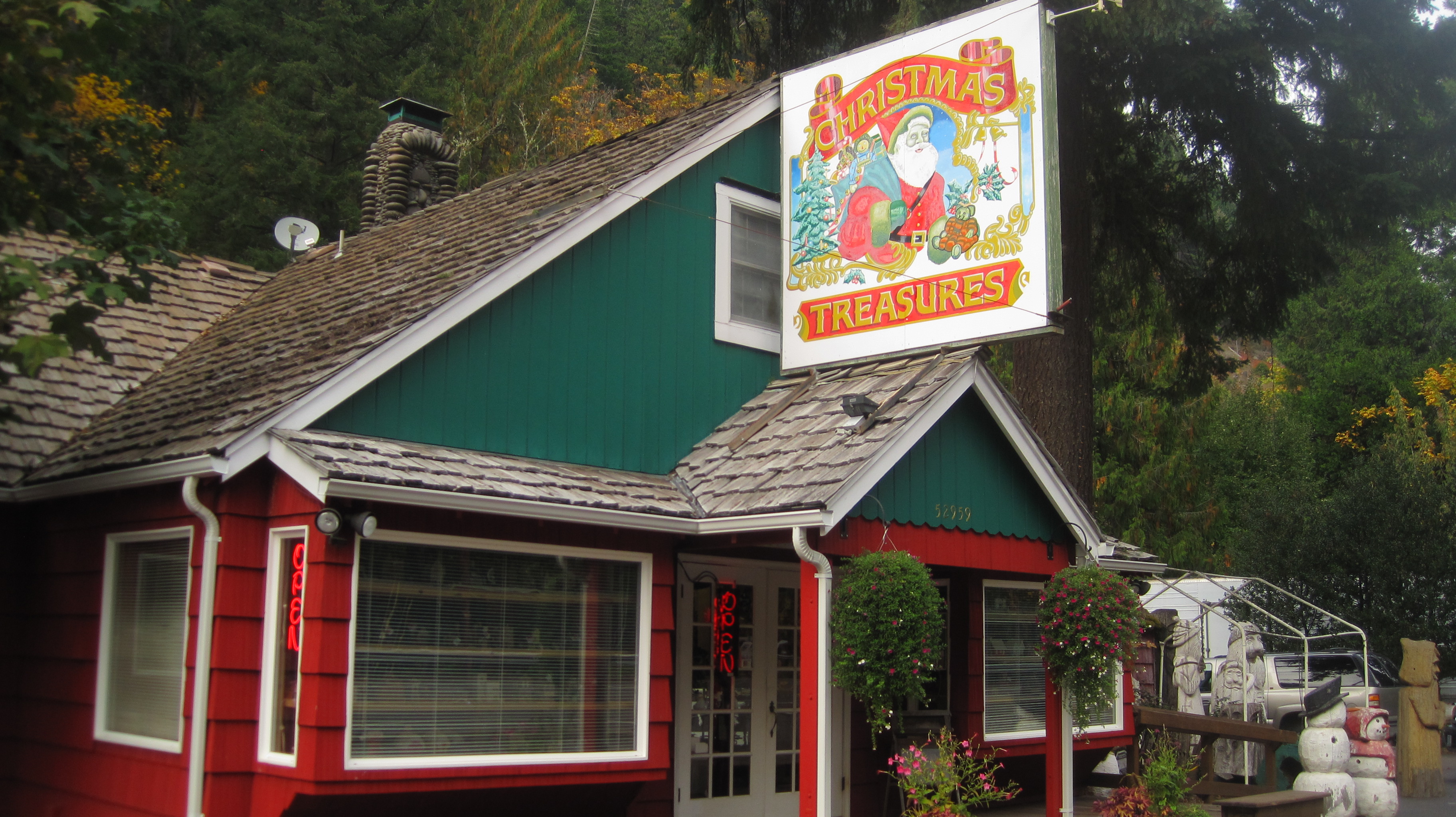 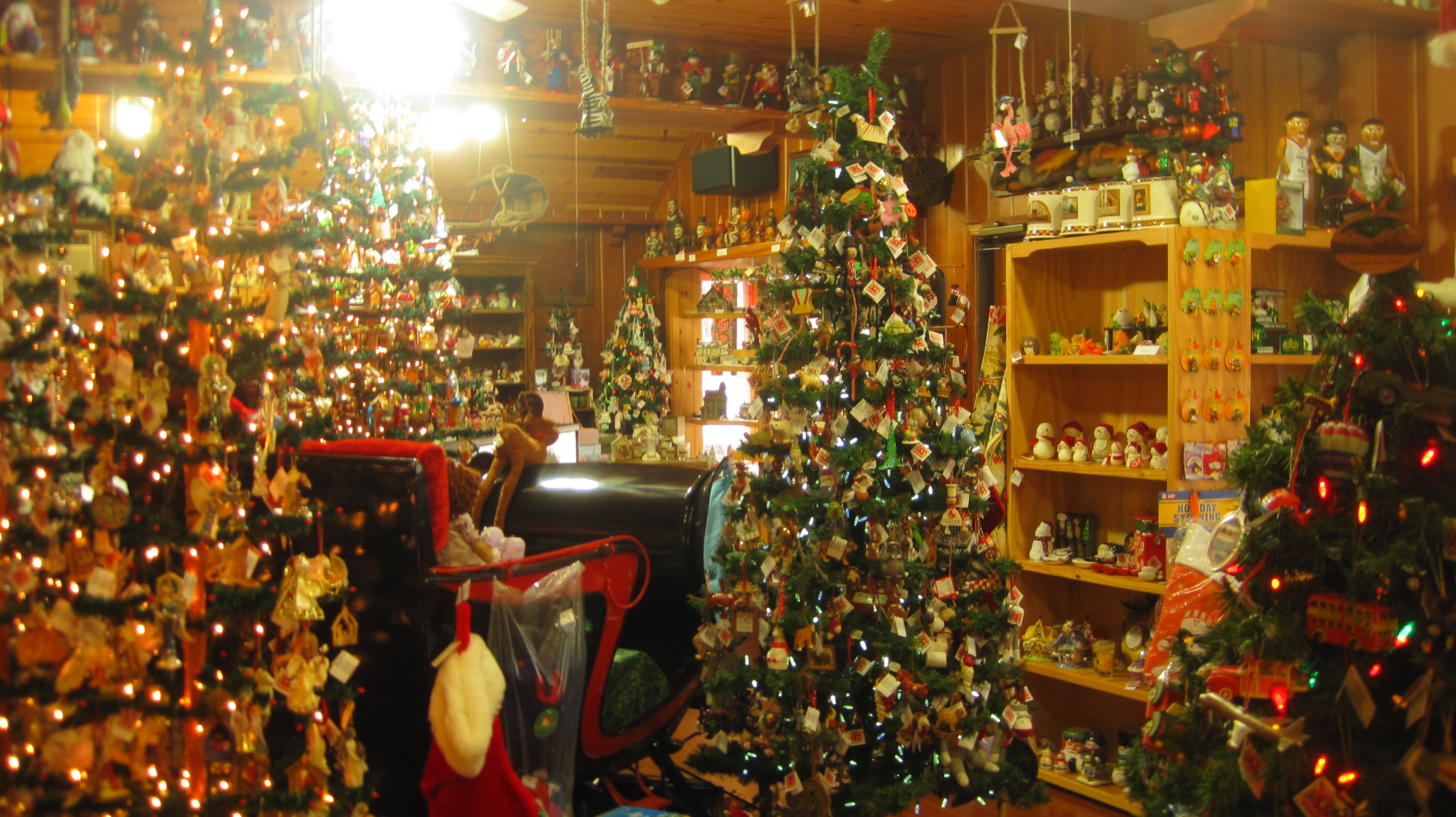 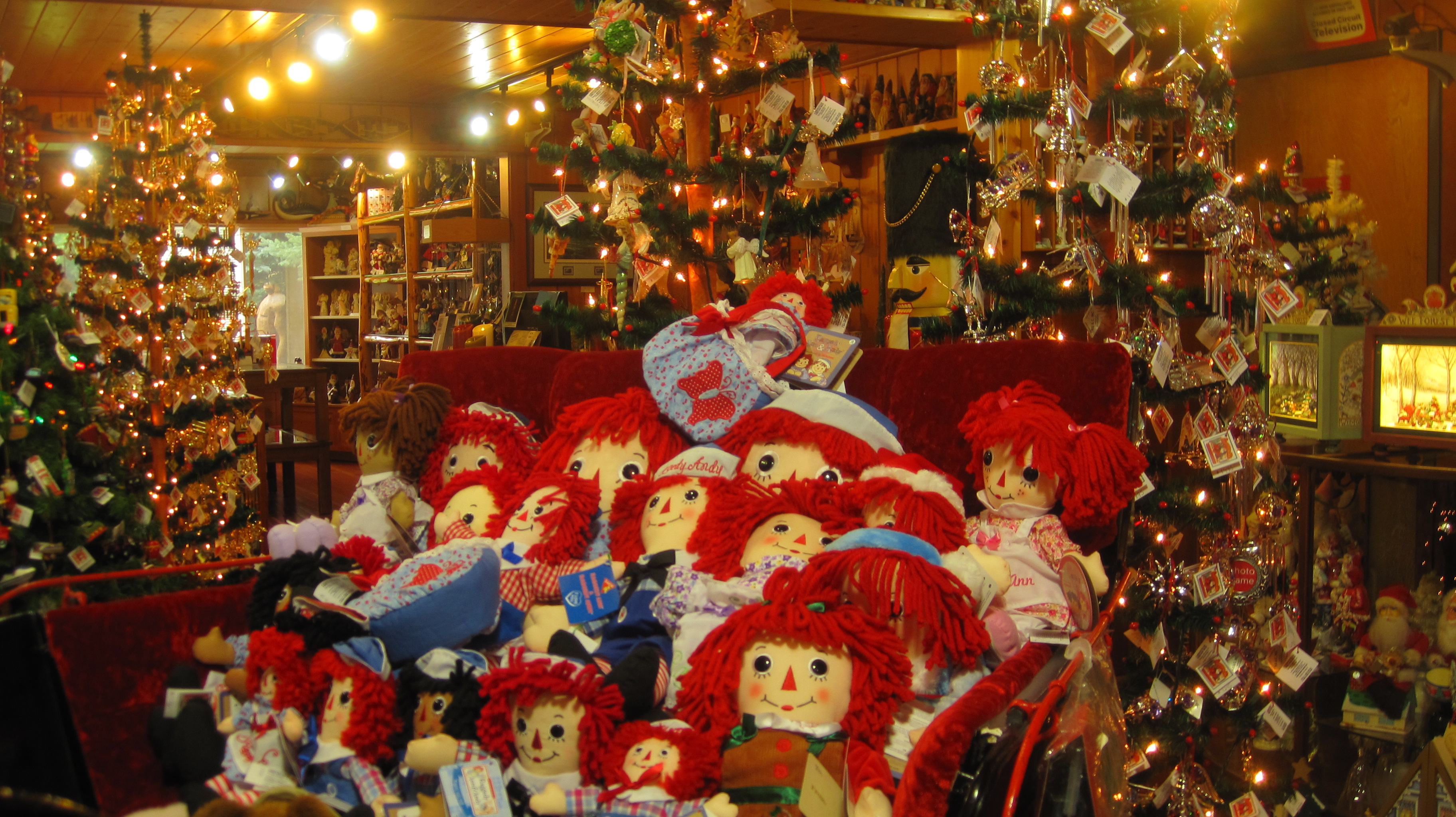 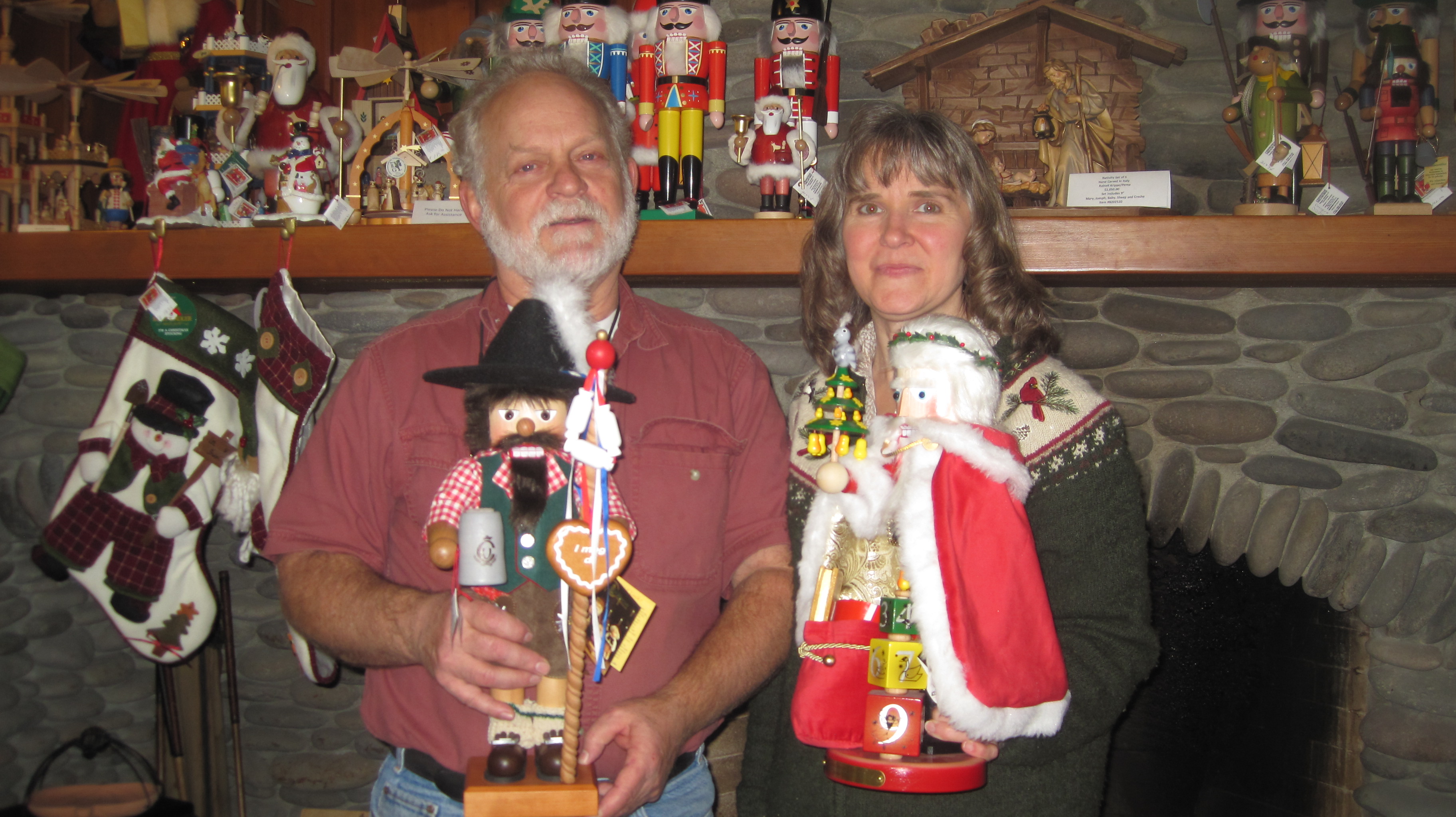 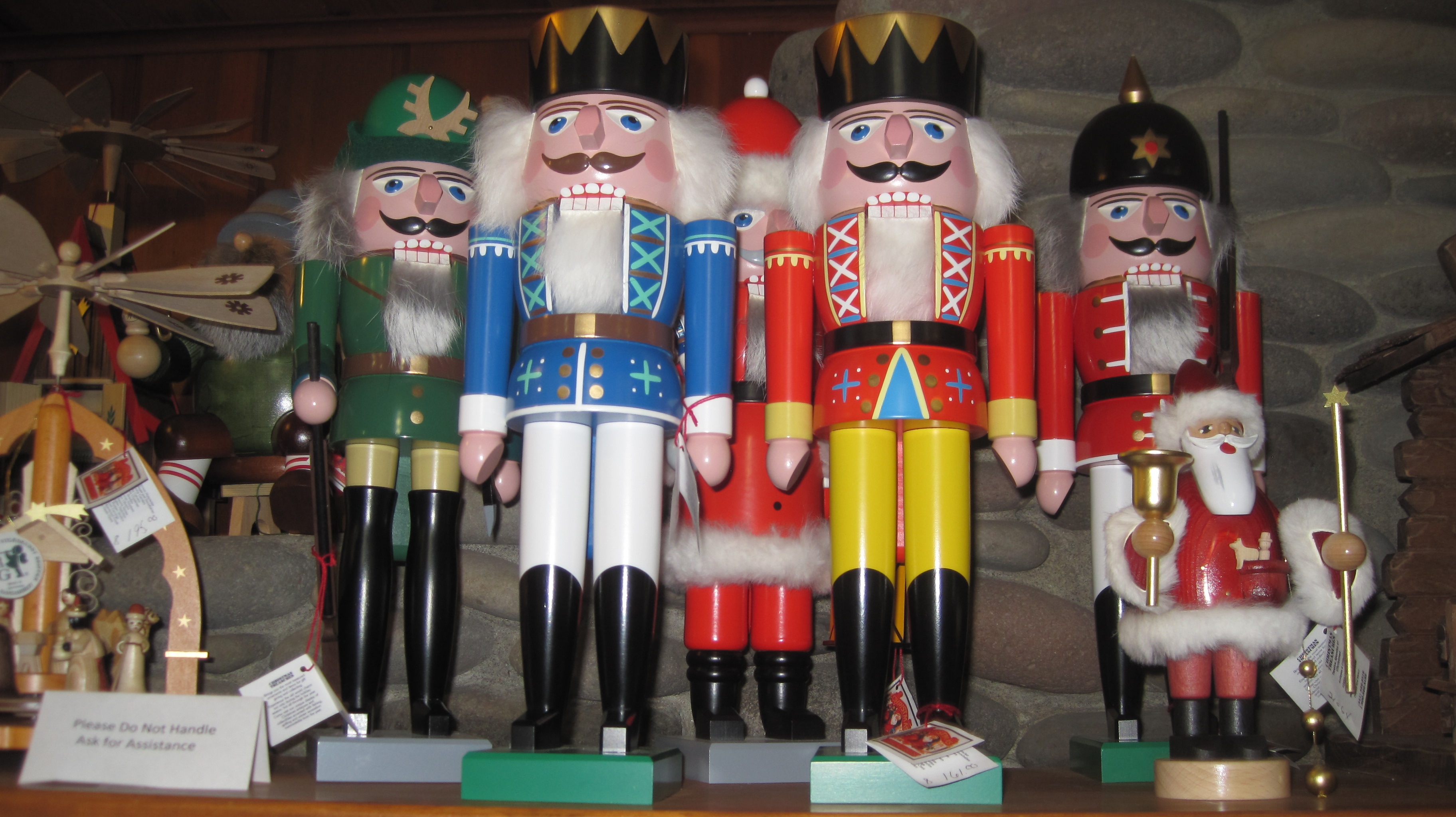 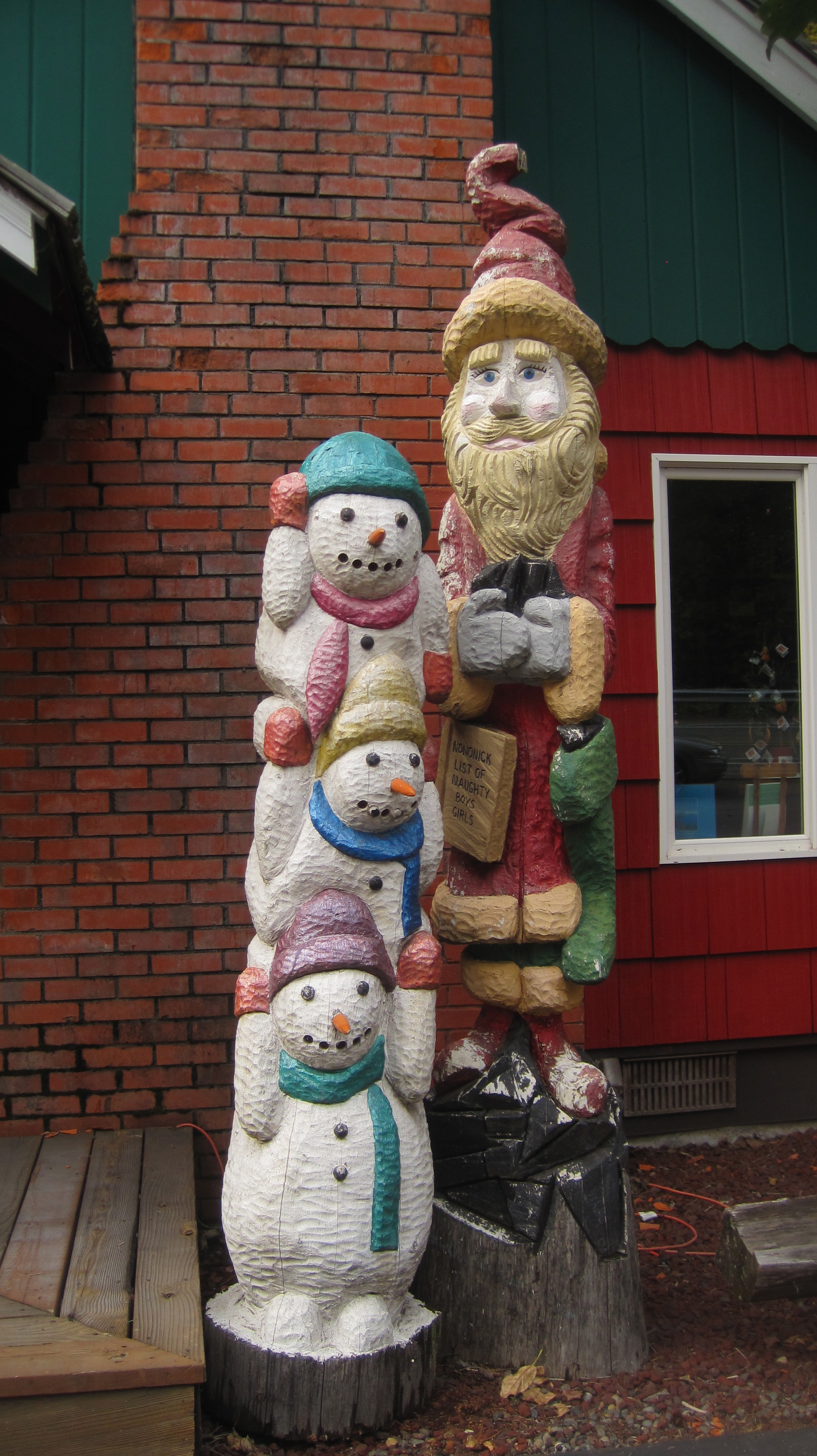 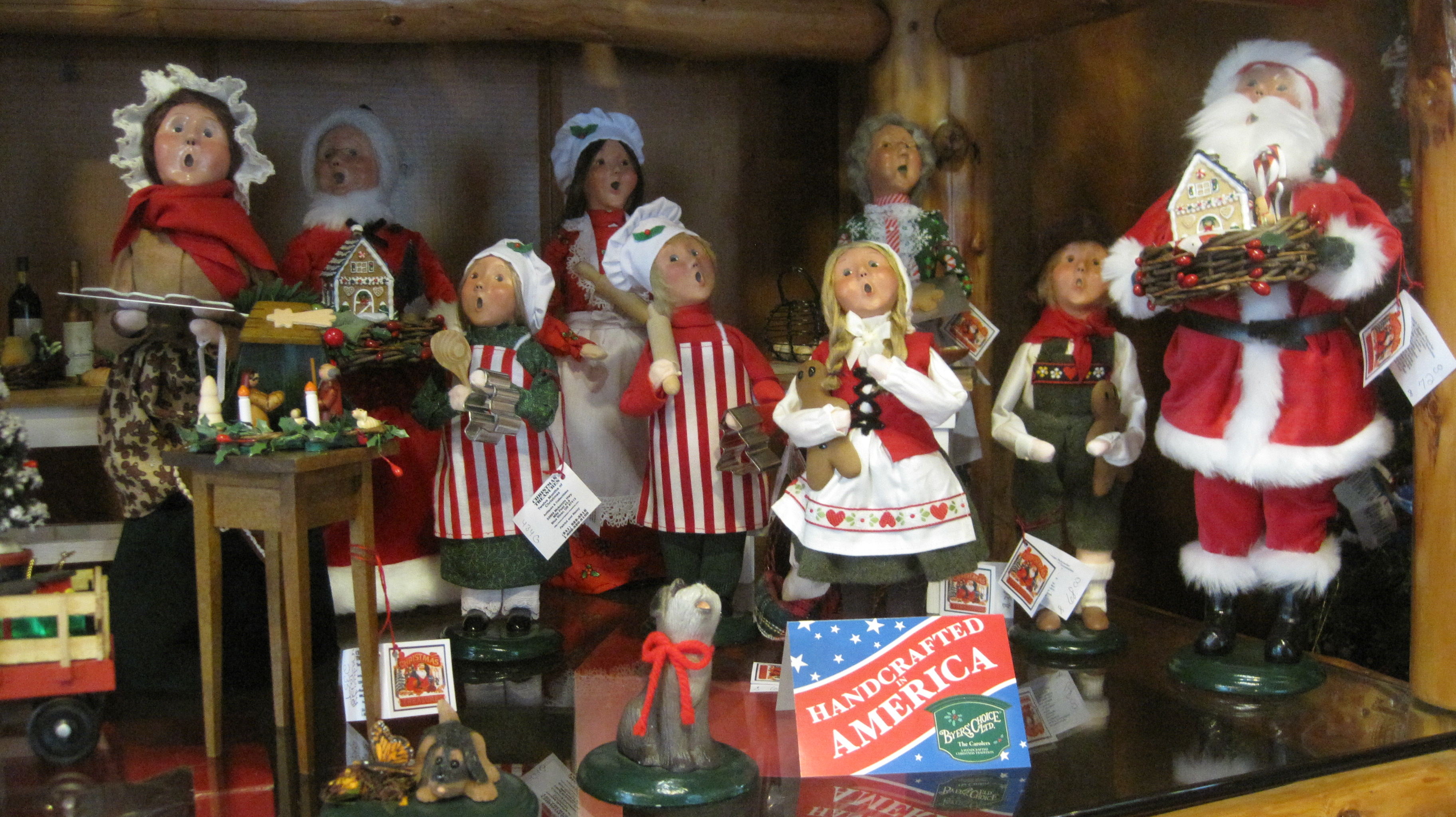 What To Do In Your Garden in Fall
Color. Life. Joy. The Art of Sandra McMorris Johnson